HomeAccueil > Blog > I have faith in Quebec. So should you 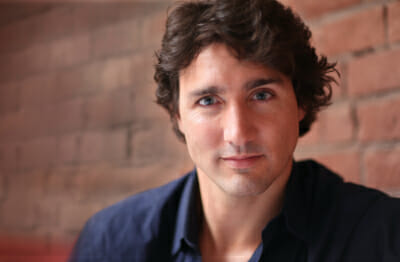 Earlier this week, Premier Pauline Marois unveiled her government’s much-anticipated plan to legislate values in Quebec. As I have said since her Parti Québécois first announced this plan back in the 2012 election campaign, I categorically oppose it. Like our fellow Canadians elsewhere, Quebecers are open, positive people. We believe in defending each other’s freedoms, not restricting them.

I have great faith in the people of my home province. My message to Canadians outside Quebec is simple and important: So should you.

Resist the temptation to indulge in easy stereotypes and reactive characterizations of Quebec and Quebecers. The PQ government’s plan is divisive, negative and emotional. It is designed to be that way. Quebecers will reject it.

I got into public life in part because I believed that politics can be done differently – it can be less petty and more transparent. Candour is risky but necessary, especially during tense moments like this.

This summer, I met with Ms. Marois and we discussed this issue openly and frankly. I said to her what I believe to be true: Her plan does not do justice to Quebec, or Quebecers. It would attack what we hold most dear – our right and freedom as individuals to express our beliefs within the context of universally recognized democratic laws and norms.

There is no question that our government and our institutions must be neutral and secular. Church and state must be separate. But by what logic should we restrict the freedom of some Quebecers to express their religious beliefs? Simply because they are not shared by the majority? This is a dangerous road, not just for religious minorities within Quebec, but for all minorities, everywhere.

The PQ’s plan is to divide the people of Quebec over a problem that does not exist. It creates two classes of citizens – those who hold religious beliefs and those who do not – under the pretext of secularizing a state that is already secular.

These universal rights and freedoms were entrenched in the Constitution because we believe they are at the core of our commitment to liberal, constitutional democracy. They were enshrined in both the Canadian and Quebec charters precisely because they transcend, and sometimes need to be shielded from, the perspective of the government of the day. Quebecers, like all Canadians, have helped to build a society that is the envy of the world because we have succeeded in making diversity an immeasurable asset.

No Quebecker should be disqualified from a job in a public institution on the pretext that they pose a threat to state secularism. A Sikh or Jewish man, a Muslim woman, or a woman who simply wants to wear a crucifix larger than the Parti Québécois stipulates should not have to choose between their religious belief and economic well-being. These symbols do not detract from our strength as a society. They do not diminish our ability to live and flourish in French. They do not prevent us from passing on to our children the extraordinary richness of our language and our culture.

Simply put, this plan does not represent who we are. As René Lévesque himself said: As Quebecers, we will be judged according to how we treat our minorities. The PQ government’s plan, if adopted, would see history render a very harsh verdict indeed. Fortunately, I stand secure in the knowledge that Quebecers are better than this.

Justin Trudeau is Leader of the Liberal Party of Canada.