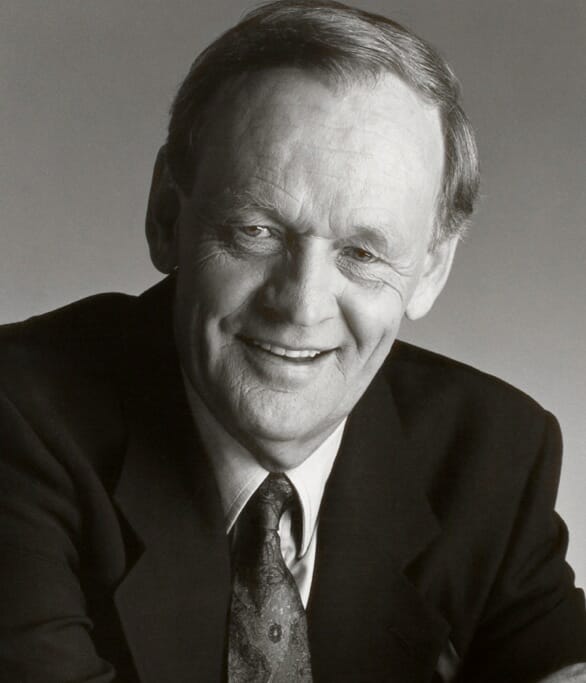 Over the last 50 years, Liberal Leaders built the Canada we know and love.

Lester Pearson brought in medicare, the Canada Pension Plan and the Canadian flag.

Pierre Trudeau gave us his vision of a Just Society, bilingualism, the Charter of Rights and Freedoms, and repatriated the Constitution.

And my government balanced budgets, made investments in research and universities, brought us Kyoto, and the Clarity Act, initiated Team Canada Trade Missions, signed the Land Mines Treaty, said no to the War in Iraq, and refused the bank mergers and deregulation that enabled us to withstand the 2008 world economic crisis.

Under Liberal Leader Justin Trudeau the best is yet to come.

Justin Trudeau’s Liberal Party believes government can be a force for good in society. That social justice and fiscal responsibility can and should go hand in hand. That our environment must be protected while growing the economy and that Canada must be open to the world.

There is no better advocate for a strong and united Canada than Justin Trudeau.

Every day the Conservatives are chipping away at the values we cherish: First Kyoto. Then gun control. They’ve attacked our privacy, and our ability to vote. Now they’ve corrupted one of our founding institutions, the Senate of Canada.

Bit by bit, this miracle of our imagination called Canada, and 50 years of our hard work, is fading away.

With 12 hours left to raise the $1-million we need to out-raise the Conservatives this fundraising quarter, 8,714 Canadians have decided they’re serious about change and donated $705,026. But we won’t make it all the way without you.

Stand with Justin: give $3 — just 75 cents after your tax credit — and carry forward the torch of our Liberal values, so we can meet the challenges of tomorrow:

When you do, you’ll automatically be entered for the chance to win dinner with Justin and four guests in your town, as well as one of twelve limited-edition Justin Trudeau scarves.

You could also answer your phone to find Justin Trudeau is calling you to say thank you for your donation.