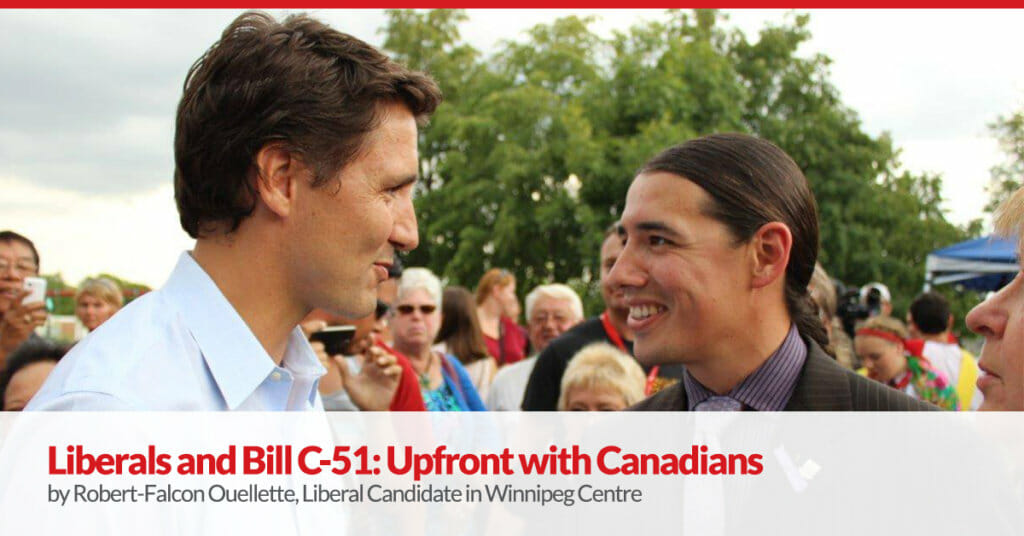 Since the Harper government introduced new anti-terror legislation in February, I have been hearing concerns about Bill C-51 and I think they need to be answered at length.

Security related to terrorism and laws that could pose a risk to civil liberties deserve the most serious and level-headed debate. But that is not what has happened. Instead, politicians are resorting to the politics of fear.

The Harper government and the NDP have both been using rhetoric to incite fear in Canadians with respect to Bill C-51.

It is important to challenge both the facts and the political tactics being used. First, there is a real threat of terrorism in this country and Canadian military personnel were targets. Two men were killed last year and since then, members of the Canadian Armed Forces have spent months on high alert. I know this because, as members of the Naval Reserve, we were under orders not to wear our uniforms in public so we would not stand out as targets.

Second, far from ignoring the risk to civil liberties that comes when security is threatened, Liberals have called for all-party oversight and secured a number of amendments that addressed some of the public’s earlier concerns.

But it is important to remember: there has been some form of anti-terror legislation in place in Canada since 2001. Since that time, an investigative hearing was used only once – in the Air India case, which was the worst terror attack ever on Canadian soil. Also, the preventive arrest measures have never been used – even once – in 14 years. Not once. It takes ten times as much effort to correct a false idea than it does to get it right in the first place.

I believe that if a politician is using fear to make their case, it is because they don’t want you to think. 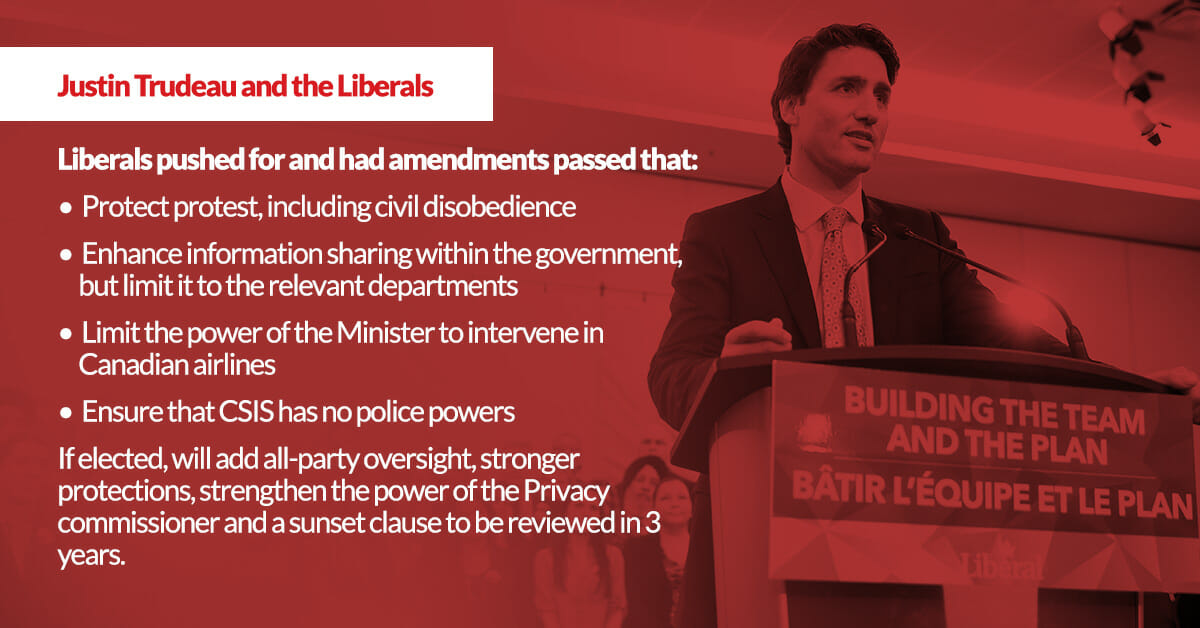 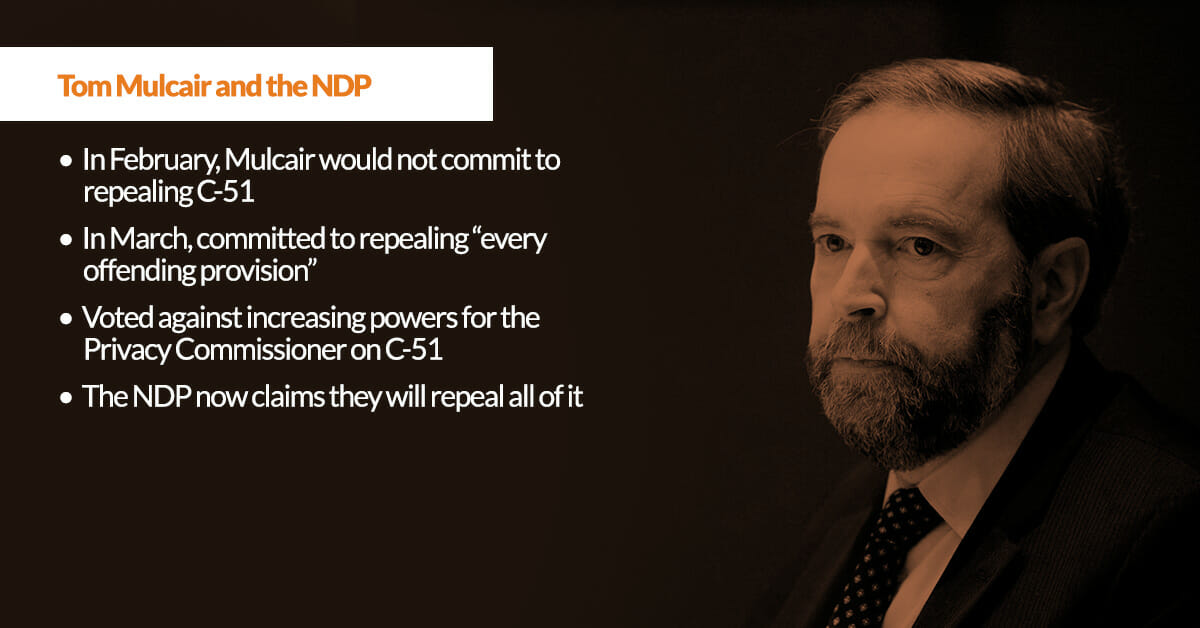 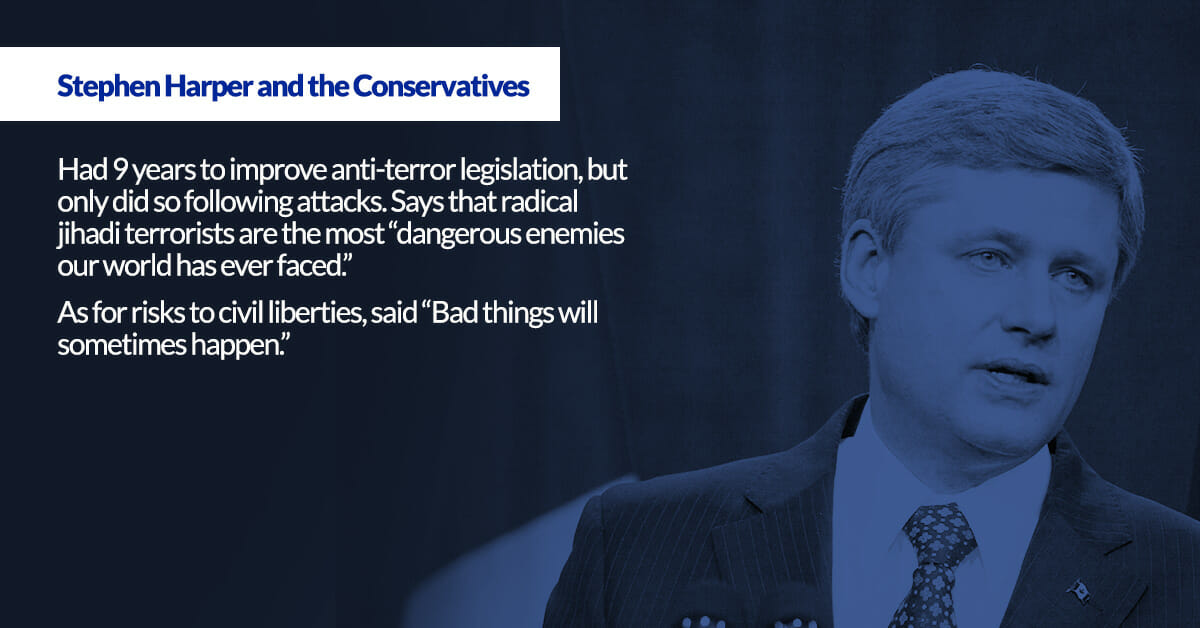 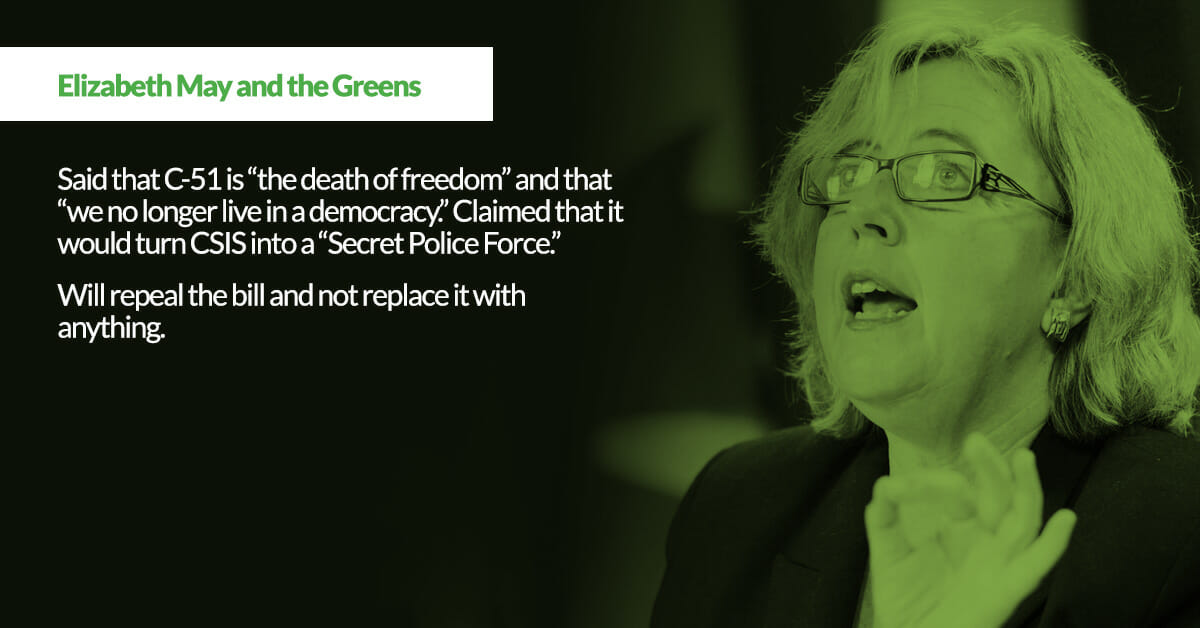 They want to sow mistrust and division between Canadians. It may be a route to power, but it is not leadership. It is corrosive not just to our politics, but to our country because it erodes the critical bonds of trust that we need to strengthen in order to come together as a community. This is one way Liberals have truly stood apart in this debate: we are the only party that has not resorted to scare tactics or fear mongering to drive people to the point of panic.

We live in a city and a country that is already divided. I ran for Mayor because I wanted to do more to build bridges in a divided city. While people are genuinely concerned about C-51, changing or fixing it is easy. All it takes is the will of the House of Commons.

If Liberals form the next government, we will amend C-51 and institute a sunset clause on new provisions of the bill.

Liberals did this before – and followed through on it. The original 2001 anti-terror law was allowed to expire.

But I did not choose to run for a seat in Parliament just to do things that are easy. I want to address the real and very serious issues that affect so many people every day in Winnipeg Centre, across Manitoba and across Canada.

There are people in Winnipeg Centre who wake up every morning wondering how they are going to feed their kids and whether they will have enough money for retirement. There are mothers and fathers and young people who wonder whether they will ever find a better job, or any job at all.

There are people who wake up under bridges who don’t know where their next meal is coming from. There are students who don’t know how they will pay their tuition and graduates who may wonder how they will pay off their student loans. There are veterans suffering with PTSD who are being denied the support they deserve. Every single day in Manitoba, a newborn baby is taken from their parents by Child and Family Services.

There are many people who fear for our future, our water and our planet.

These are the issues we want addressed – and we often protest in order to draw attention to them. But the actions we need to address these problems comes from the government and neither the federal nor provincial governments have been delivering the change we need.

Since C-51 was first announced, I have urged you: do not be afraid.

Our democracy is stronger than many would have you believe. If you want to speak, I will lend my voice to yours. If you want to march, I will walk with you. We need to unite, not divide. We need to provide inspiration and not exploit fear. We need to appeal to what is best in one another and not pander to the worst.

In politics, that is not easy. But I believe it is essential for what we need to accomplish together.