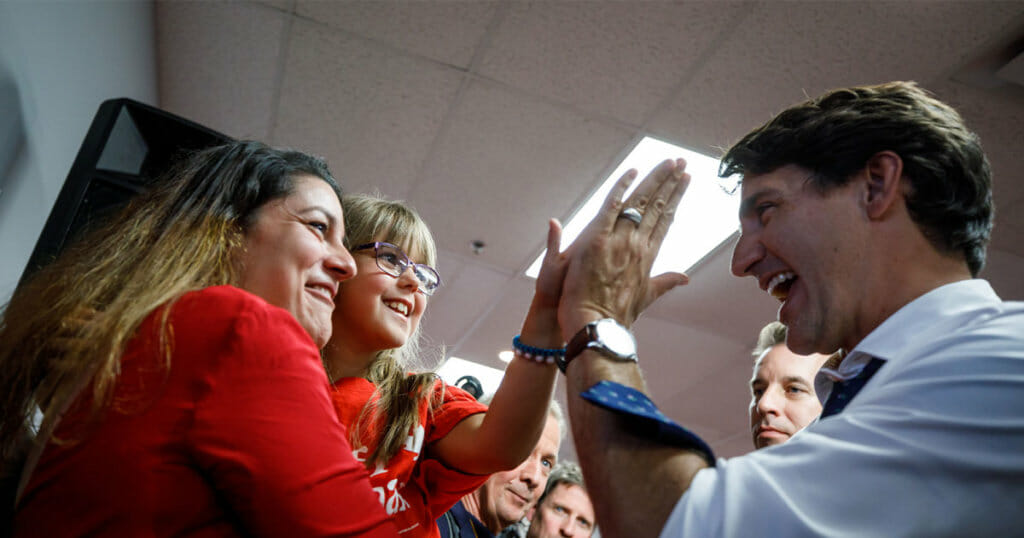 Toronto, ON — A re-elected Liberal government will give families an extra $1,500 every year, by cutting taxes for the middle class and lowering cell phone bills by 25 per cent.

Middle class families are feeling stretched. Taxes, fees, and bills pile up while wages are not keeping up. Cell phone bills in particular put a lot of pressure on a family’s budget, with Canadians paying up to twice as much for wireless services than people in other G7 countries. Enough is enough. It’s time for hard-working Canadians to get a bigger share of the pie.

“I’ve been talking to Canadians across the country and I keep hearing the same thing: even with our strong economy and record-low unemployment, it’s still tough to make ends meet,” said the Leader of the Liberal Party of Canada, Justin Trudeau. “Groceries. Cell phone bills. Child care. It all adds up. And that’s what today is all about — being there for families when they need it most.”

To start, a re-elected Liberal government will:

While Andrew Scheer’s tax plan would give a bigger break to wealthier Canadians, our plan lowers taxes the most for people who make less, helps the middle class, and ensures that the wealthy don’t get an extra hand up. Our tax cut would also help lift twice as many Canadians out of poverty than the Conservatives’.

A re-elected Liberal government will also reduce the cost of wireless services by 25 percent within four years, putting $1,000 back in the pockets of the average Canadian family every year. This will be done by:

“The Conservatives spent a decade cutting taxes for corporations and millionaires,” said Mr. Trudeau. “Now, Andrew Scheer’s tax cut would benefit the wealthiest more than those who need it most. We know better. Millionaires don’t need another tax break. But the middle class does.”

Backgrounders:
Lower taxes for the middle class and those working hard to join it
More affordable cell phone bills