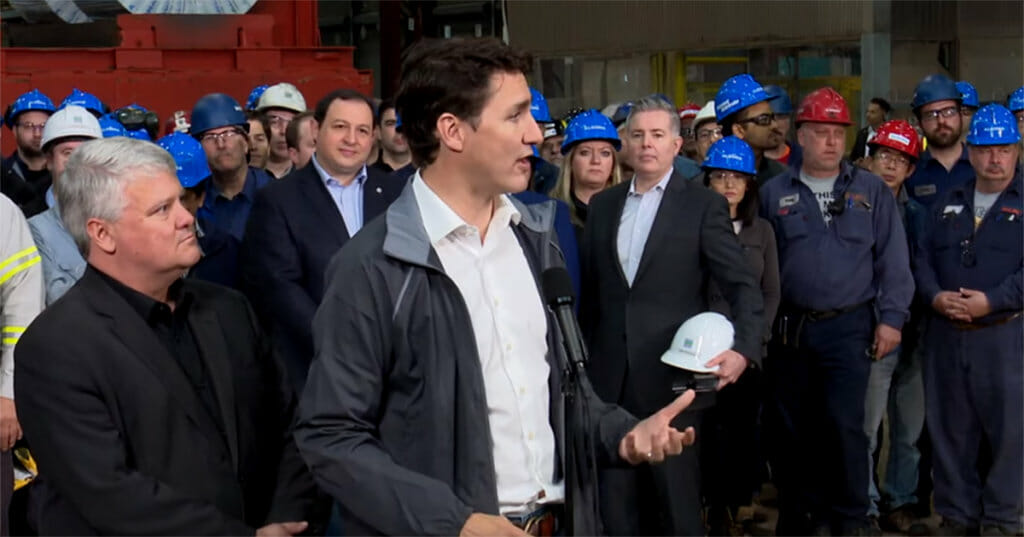 Ottawa, ON – Today, the Liberal Party of Canada released a new radio ad to highlight the Liberals’ unmatched record when it comes to fighting for workers and protecting Canadian jobs.

“In the NAFTA negotiations, our Liberal government fought tooth and nail to protect Canadian jobs,” said Leader of the Liberal Party of Canada, Justin Trudeau. “We said we would get a good deal, and that’s exactly what we achieved.”

The new NAFTA deal preserves more than $2 billion a day in cross-border trade between Canada and the United States. During negotiations, Andrew Scheer urged Canada to fold to America’s demands — no matter the cost to our economy or middle class workers.

“We stood up to Donald Trump on trade when the Conservatives wanted Canada to back down,” said Chrystia Freeland, Liberal candidate in the Toronto riding of University—Rosedale, in the new ad. “The Conservatives told us to take any deal we could get. Capitulation is not a negotiating strategy.”

The Liberal government stood up for Canadian workers and businesses by:

“We believe in the strength of Canadian workers, and in our country’s resolve to unite against anyone who would put middle class jobs — and the communities who rely on those jobs — at risk,” added Mr. Trudeau.