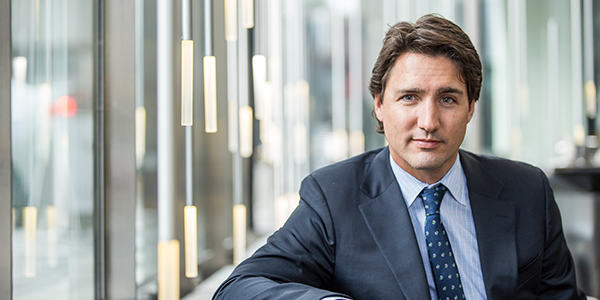 This week our goal was clear: demonstrate from the get-go that under Justin’s leadership the purpose of the Liberal Party of Canada is fighting for the middle class.

On Friday, he followed through on another promise – to deliver real democratic reform in Parliament.

Justin tabled a motion to open Parliament up and allow all MPs to speak freely on behalf of their communities.

If MPs vote to pass this motion, the speaking order for Members’ statements in the House will be determined by alphabetical order instead of by party leadership – allowing every member the right to speak in the House, on a regular basis, on issues of importance to their constituents.

Stephen Harper is already trying to play games with the timing of the debate on this initiative. But Canadians’ desire for democratic reform is strong and we will continue to bring about change in Parliament.

Our message of Hope and Hard Work is resonating. And we need you to help connect Justin’s national message with your local community.

As Justin said last Sunday: “We have won nothing more and nothing less than the opportunity to work even harder for Canadians.”

That work has begun in earnest in Ottawa and we know it has already begun in your ridings.