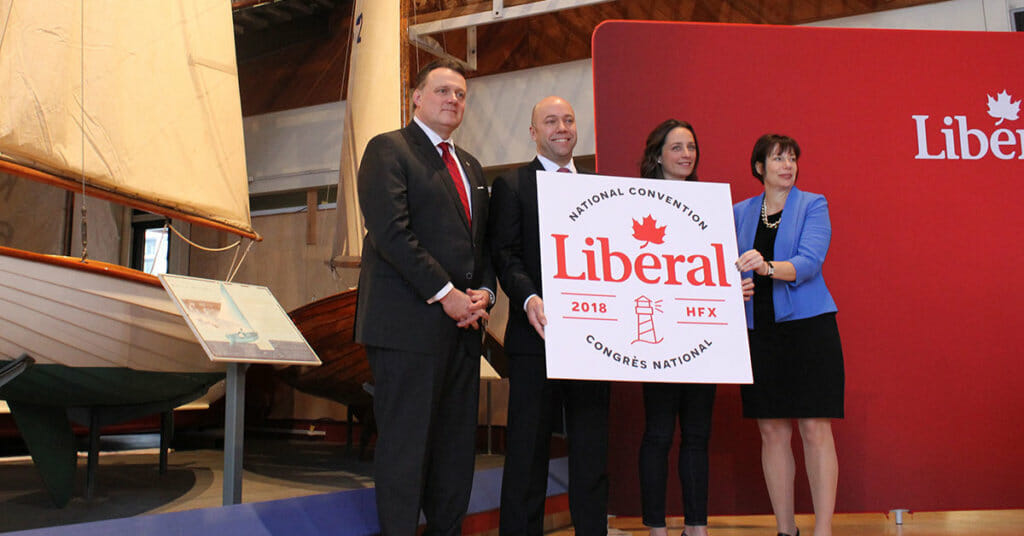 HALIFAX, NS – The President of the Liberal Party of Canada, Anna Gainey, joined Andy Fillmore, Member of Parliament for Halifax, Mike Savage, Mayor of Halifax, and Chris MacInnes, National Liberal Campaign Co-Chair, at the Maritime Museum of the Atlantic today to announce that the next Liberal National Convention will be hosted in Halifax, Nova Scotia, from April 19 to 21, 2018.

“Atlantic Canada marked the beginning of an historic mandate for real change on election night in 2015, making Halifax a natural choice for our next Liberal National Convention as we continue to grow Canada’s Liberal movement before the 2019 election,” said Gainey. “Halifax is known throughout the world for its commitment to innovation, the stunning beauty of its shores, and the warm hospitality of its people. In 2018, I look forward to welcoming Justin Trudeau and Liberals from across Canada to Halifax for the most open national convention in our history.”

The 2018 National Liberal Convention will welcome thousands of supporters from across Canada for innovative campaign training, policy discussions, special keynote speakers, and the election of the party’s next National Board. Over the last 10 years, Liberal conventions have been hosted in Vancouver, Ottawa, Montreal, and Winnipeg – and this will be the first national convention to be hosted under the new, open Liberal Party constitution passed in 2016.

“The decision to host the 2018 Liberal National Convention here in Halifax is another clear vote of confidence in our community by Justin Trudeau and the Liberal team,” said Fillmore. “This national convention will represent an estimated $3 million of direct spending being invested in the Nova Scotia economy, and I can’t wait to welcome the Prime Minister, our Liberal movement, and colleagues from across Canada to Halifax’s world-class new convention centre for this historic event.

“Justin Trudeau and the Liberal team are the only party with a positive plan to support middle class families here in Atlantic Canada and across the country, and there’s no better place to kick off our 2019 campaign than right here in Nova Scotia,” said MacInnes. “The 2018 Liberal National Convention will be an exciting milestone in our work together to keep building the most open, inclusive, and engaging movement in Canadian politics – from coast to coast to coast.”

Further information on the 2018 Liberal National Convention will be made available at lib2018.ca.