HomeAccueil > Blog > Liberals to invest in northerners and Nutrition North 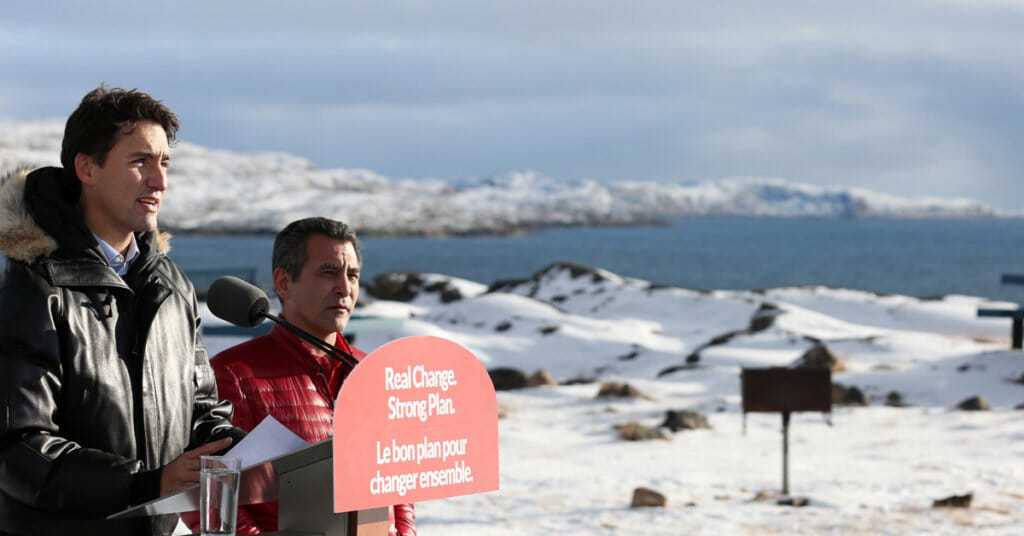 IQALUIT – A Liberal government will deliver real change for northerners by reducing the high cost of living through investing and improving the Nutrition North program, said the Leader of the Liberal Party of Canada, Justin Trudeau, today.

“For ten years, Stephen Harper has been staging his annual photo op in the North, trying to bolster his public image, while ignoring the glaring problems with the Nutrition North program, and failing to help Canadians living in these communities in any real, lasting way,” said Mr. Trudeau. “A Liberal government will bring real change to Ottawa, and real change to the Nutrition North program. We understand that living in the North is expensive, and we will make sure that northern families have access to affordable, healthy food.”

A Liberal government will make significant investments in Canada’s North by providing an additional $40 million over four years to the Nutrition North program, and working with northern and remote communities to ensure that it is more transparent, effective, and accountable to northerners and other Canadians. In addition, we will increase the Northern Residents Deduction – designed to help attract workers and mitigate the higher costs of living in the North – by 33 percent to a maximum of $22 a day, and index it to keep pace with inflation. We will also prioritize investment in affordable housing and climate change preparedness.

“After ten years of neglect under Stephen Harper, Liberals will ensure that northern families have money to save, invest, and grow our economy now – not a decade from now,” said Mr. Trudeau. “Canada’s North is an extraordinary place to visit, live, and invest, and Liberals have the team and the plan to make a real difference in the lives of those who need help most. A new Liberal government will ensure northerners and all Canadians have a real and fair chance to succeed.”