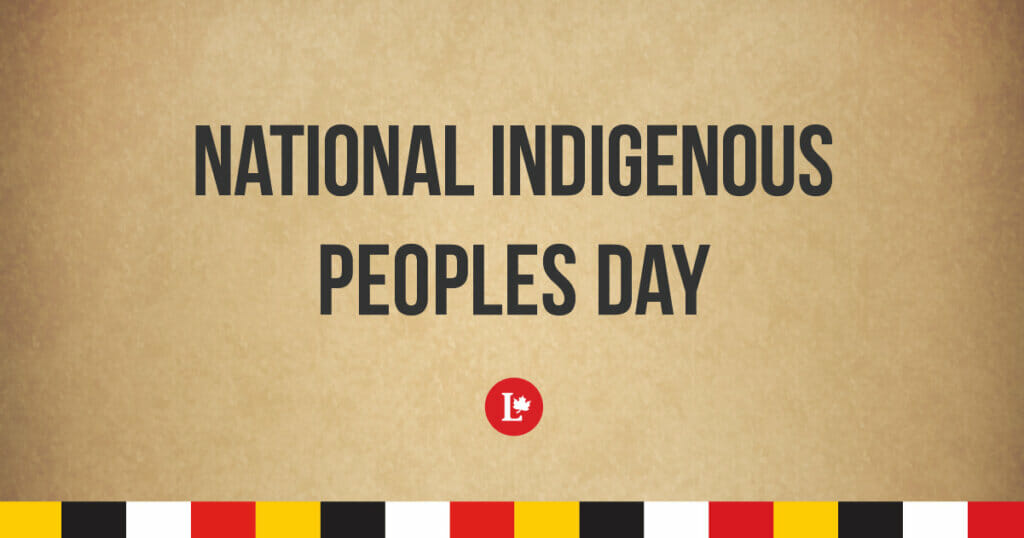 June 21st is National Indigenous Peoples Day, an important chance to reflect on the cultures, traditions, languages, contributions, and heritage of First Nations, Inuit, and Métis peoples and to commit to working together for a better future for everyone.

As Justin Trudeau has said, we all need to play a role in amplifying the voices of Indigenous peoples, dismantling systemic racism, inequalities, and discrimination, and walking the path of reconciliation — together.

The Liberal government is also committed to addressing and closing social, health, and economic disparities for Indigenous peoples. Budget 2021 proposes an historic new investment of over $18 billion over the next five years to support healthy, safe, and prosperous Indigenous communities. This includes work on the implementation of the National Action Plan in response to the National Inquiry into Missing and Murdered Indigenous Women and Girls’ Calls for Justice. We must work together to end the national tragedy of violence toward Indigenous women, girls, and LGBTQ and two-spirit people.

With 80% of the Truth and Reconciliation Commission’s Calls to Action involving the Government of Canada now completed or underway, crucial progress is being made — but there is much more hard work ahead.

See what the Liberal team is saying this National Indigenous History Month about the important progress we are making together, and what we need to do to continue building a brighter future:

So, we recommit to deepening our understanding of Indigenous peoples’ distinct histories, governments, laws, customs, spiritualties, and languages – and we recommit to continuing to walk the path of reconciliation together. Read my statement for #NIHM: https://t.co/4kxcwUqrop

Names reflect our identity, heritage and culture. Yet Indigenous children stolen by residential schools had their very names stolen from them. Today, we announced that Indigenous people can reclaim their names on passports and more, fulfilling TRC CTA 17. https://t.co/ky4xiPewj0

The United Nations Declaration on the Rights of Indigenous Peoples #UNDRIP was adopted by the Senate. This is an historic moment and is an important step forward on the shared path of #reconciliation with Indigenous Peoples. https://t.co/qbfBkYkwWM

Ecstatic about the result of today’s vote in the @SenateCA!

With the passing of Bill C-15,
An Act respecting the United Nations Declaration on the Rights of Indigenous Peoples on third reading, we’re off to Royal Assent!!! pic.twitter.com/wOfpprM6tS

I am proud to announce the appointment of Commissioner Ronald Ignace, and Directors Joan Greyeyes, Georgina Liberty and Robert Watt, to the very first Office of the Commissioner of Indigenous Languages. https://t.co/J9Emou223C

Unveiling of the MMIWG Memorial Garden- Mikwite’tm – which is is Mik’maq for “I Remember”established by the Qalipu FN in the City of Corner Brook and supported by the Federal Government- In Loving Memory of Our Stolen Sisters. pic.twitter.com/kZCUIgV5oF

On the 13th anniversary of the Apology to Former Students of Residential Schools, we are reminded that Canada has much more work to do. The Truth and Reconciliation Commission revealed the truth of what happened at those schools. https://t.co/u51KfrEUWA

This #IndigenousPeoplesDay, let's all take time to reflect on the cultures, traditions, languages, contributions, and heritage of First Nations, Inuit, and Métis peoples. Together, we can better recognize and right current and past wrongs, and build a brighter future. pic.twitter.com/H5MIiBL0wz