Justin Trudeau is the Leader of the Liberal Party of Canada and Canada’s 23rd Prime Minister.

Justin’s vision of Canada is a country where everyone has a real and fair chance to succeed. His experiences as a teacher, father, leader, and advocate for youth have shaped his dedication to serving Canadians – and his commitment to make Canada a place where everyone has the opportunities they need to thrive.

The oldest of three boys, Justin was raised speaking both French and English, growing up with the profound influence of his father, Pierre Elliott Trudeau, and his mother, Margaret Trudeau. This background helped spark his passion for public service and shaped his conviction that diversity is Canada’s strength. 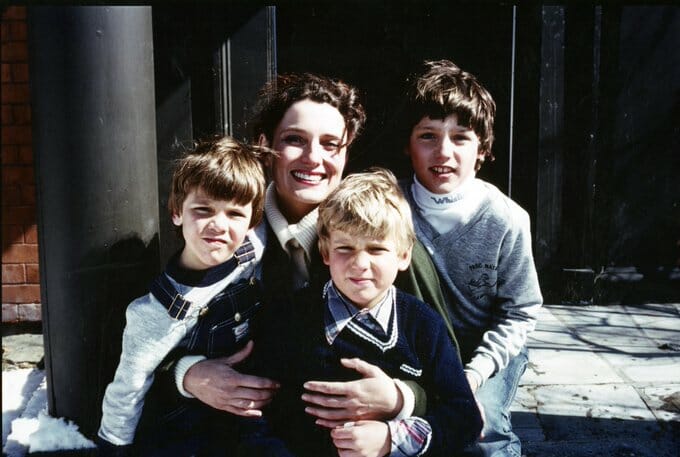 Justin earned a Bachelor of Arts in Literature from McGill University in 1994. He went on to complete the University of British Columbia’s education program, and spent several years teaching French, math, and other subjects in Vancouver.

Before entering politics, Justin served as the Chair of Katimavik, on the board for the Canadian Avalanche Foundation, and as an advocate for young people and the environment, speaking at events and conferences around the country. These experiences made it increasingly clear to him that the issues young Canadians care about – education, the environment, reconciliation with Indigenous peoples, their generation’s economic prospects – needed a stronger voice.

Justin entered politics to make change that would better serve all Canadians. In 2007, he built a community-based, grassroots campaign to win the Liberal Party nomination in the Montréal riding of Papineau. He was elected in 2008, and re-elected in 2011, 2015, 2019, and 2021.

Justin was elected Leader of the Liberal Party in April 2013. His leadership campaign focused on building a new, truly national movement of progressive Canadians, bringing hundreds of thousands of Canadians into politics, most for the first time. He worked closely with his team to build a plan to create jobs, grow the economy, and strengthen the middle class. With Justin’s leadership, the Liberal plan emphasized economic opportunity for everyone, respect for and promotion of equality and diversity, and strong action to address climate change and the environment.

Justin led his party to a historic victory, winning a majority government with seats in every province and territory across the country. He was sworn in on November 4, 2015.

As Prime Minister, Justin works hard every day to build an economy that works for the middle class and people working hard to join it. One of the Liberal government’s first actions was to cut taxes for the middle class, while asking the wealthiest Canadians to pay a bit more.

Justin’s team has taken ambitious steps to fight the climate crisis and protect the environment, while also creating jobs and growing the economy. From making historic investments to protect our waters and lands, to committing to reach net-zero emissions by 2050, to putting a price on the pollution that causes climate change, the Liberal government is building a cleaner and greener future for all Canadians.

Under Justin’s leadership, the Liberal government also strengthened the Canada Pension Plan to make sure seniors have the support they deserve, and introduced the Canada Child Benefit, putting more money in the pockets of nine out of ten families and helping lift more than 435,000 children out of poverty. He has always chosen to invest in people over cutting services. 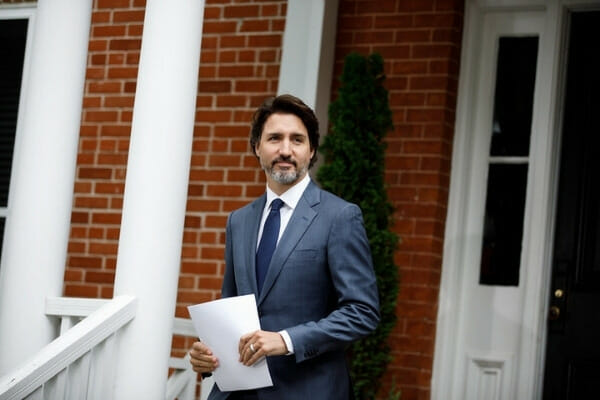 So when Canadians faced the threat of the global COVID-19 pandemic, he took the same course of action. Through historic supports like the Canada Emergency Response Benefit and the Canada Emergency Wage Subsidy, the Liberal government immediately stepped-up to help Canadians pay their bills, keep food on the table, and stay on their company’s payroll. And when vaccines became available, he then moved to ensure Canadians could get vaccinated at a rate that was among the fastest in the world. Now, as Canadians still face challenges of the COVID-19 pandemic, Justin and his team will continue to do whatever it takes — for as long as it takes — to keep Canadians safe, healthy, and supported through this crisis.

Justin believes that only by working together can we tackle the challenges of today and tomorrow. From getting the job done on $10-a-day child care to making housing more affordable, and much more, he will continue to fight for workers, families, and the middle class – and make sure all Canadians can share in a more prosperous future. In a rapidly changing world, where rising cynicism and growing inequality threaten to take us backward, Justin is determined to keep Canada moving forward – for everyone.

Justin is married to Sophie Grégoire Trudeau. They are the proud parents of Xavier, Ella-Grace, and Hadrien.