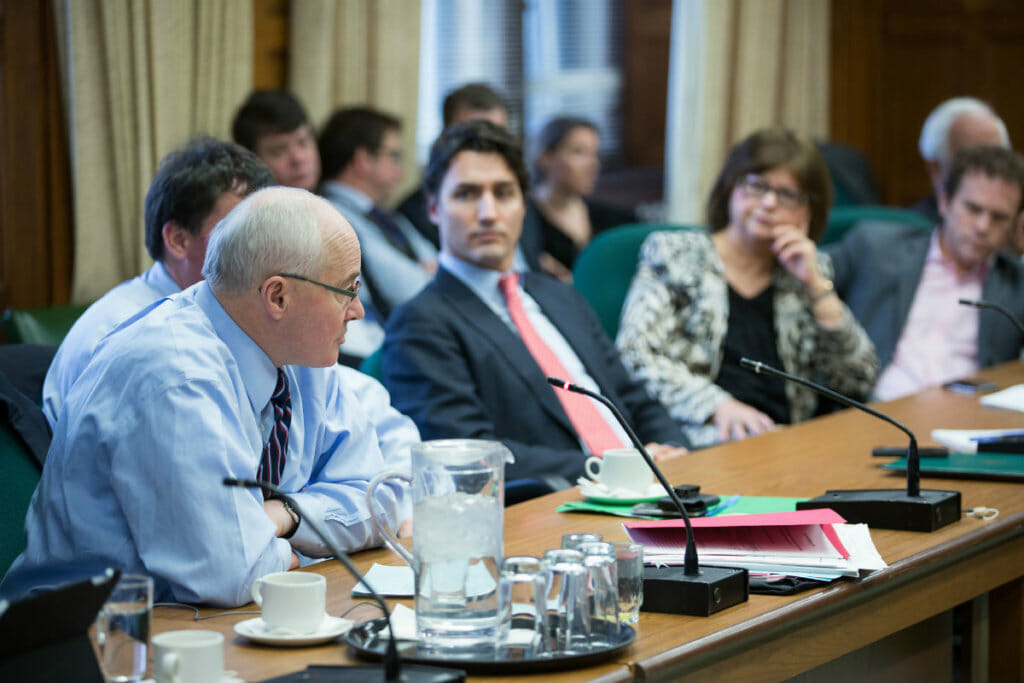 Today, the Liberal Party of Canada announced its amendments to Bill C-51, the Anti-Terrorism Act.

Liberals understand that there doesn’t have to be a contradiction between safeguarding our rights and freedoms, and protecting our collective security.

Our party supports this legislation because we believe it contains significant measures that will keep Canadians safe, a point echoed by many of the witnesses that have appeared before the House of Commons Public Safety Committee.

“If the current government does not accept that Canadians want greater oversight and accountability on Bill C-51, the Liberal Party of Canada is committed to presenting these proposals as part of its platform in the upcoming federal election.” — Wayne Easter

Specifically, we support measures that will lower the threshold for preventative arrests, expand the no-fly list, and allow for greater and more coordinated information sharing between government departments and agencies involved in security matters.

As four former Prime Ministers have said, “We know the enormity of the responsibility of keeping Canadians safe.” But, that said, they also recognize the need for “a robust and integrated accountability regime over Canada’s national security agencies” to guarantee the protection of Canadians’ rights and liberties.

We believe that our amendments to the Anti-Terrorism Act, if accepted, will strike the right balance and address Canadians’ general concerns. Our amendments fall into three categories: ensuring parliamentary oversight, instituting mandatory legislative reviews, and narrowing overly broad definitions.

On parliamentary oversight, our amendments will:

On mandatory legislative review, our amendments will:

On narrowing overly broad definitions in Bill C‑51, our amendments will:

Additionally, we have reserved the right to present further amendments on Bill C-51.

We understand that our response to terrorism cannot be confined to legislative measures alone. It must also include a robust plan to prevent radicalization before it takes root, and it must ensure that our security agencies have the resources they need to carry out the tasks required of them.

Our leader, Justin Trudeau, has been very clear: if the current government does not accept that Canadians want greater oversight and accountability on Bill C-51, the Liberal Party of Canada is committed to presenting these proposals as part of its platform in the upcoming federal election.