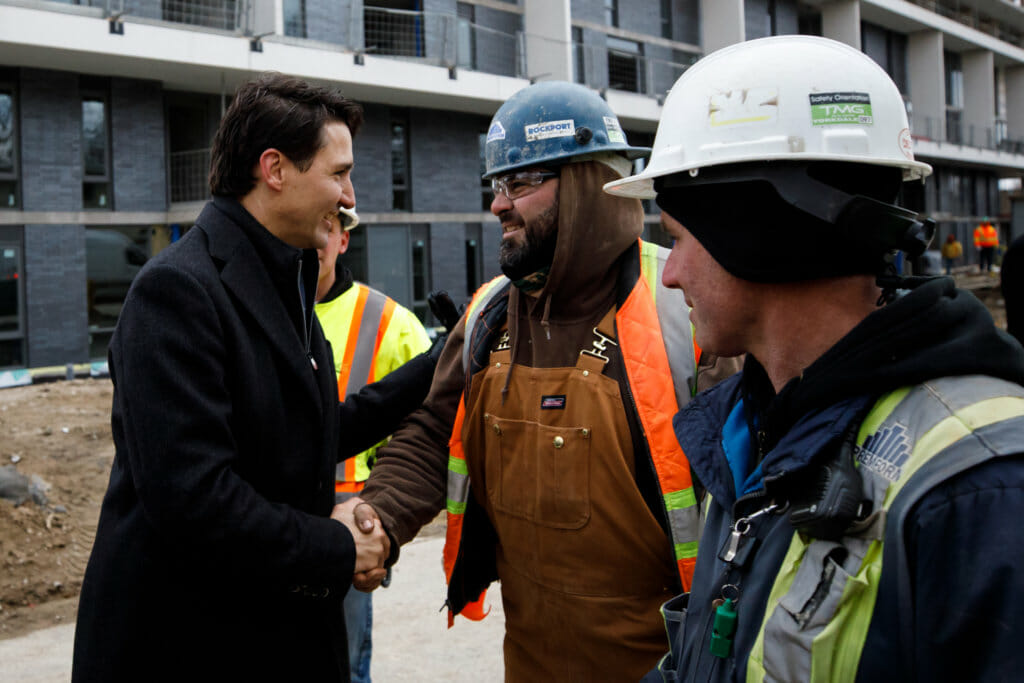 The Liberal government’s National Housing Strategy is the first of its kind. It aims to reduce chronic homelessness by 50%, remove 530,000 families from housing need, and build up to 100,000 new affordable homes. This is great news for all Canadians — but don’t take our word for it, here’s what they’re saying:

“Today, we saw real and meaningful action thanks to strong leadership on this file from Prime Minister Trudeau and Minister Duclos. As a result, big city mayors across the country are celebrating the federal government’s bold re-engagement in housing after decades of inaction.”
Don IvesonMayor of Edmonton[Source]

“Canada’s ground breaking work on Housing First is having a major impact on how countries tackle homelessness internationally. With the National Housing Strategy, Canada is setting an excellent example of critically important national leadership on housing. We in the Institute of Global Homelessness look forward to working in partnership with you. Well done and thank you Canada!”
Statement by Dame Louise CaseyHomelessness Expert and Former Coordinator for Respect under UK Prime Minister Tony Blair, Chair of the Advisory Group for the Institute of Global Homelessness

“The national housing strategy released this afternoon is a breakthrough for cities and communities from coast to coast to coast. This is the kind of federal leadership that local governments have been seeking for more than 20 years.”
The Federation of Canadian Municipalities[Source]

“The MMFIM and its members, including Accueil Bonneau, Maison du Père, Welcome Hall Mission, and Mission Old Brewery, welcome the announcement of a National Housing Strategy (NHS), a first for the federal government. It offers a vision to improve the accessibility and quality of housing in Canada. It answers the call of cities and stakeholders in the housing sector and gives hope that housing will become more affordable for households, including the most disadvantaged.”
Mouvement pour mettre fin à l’itinérance à Montréal (MMFIM)[Translation, Source]

“The Canadian Housing Benefit is a game-changer. If we are going to make progress against core housing needs and if we are going to reduce poverty in Canada, a new housing benefit is essential to that task. We welcome the federal government’s strong leadership on the National Housing Strategy today especially because it also protects existing social housing and commits to expanding stock.”
@JamesMcGregor8[Translation, Source]

“Today’s announcement represents important financial investments that will help vulnerable Canadians such as low-income seniors, veterans, Indigenous Peoples, people with disabilities and refugees. As a result of the strategy, Canadians facing poverty will get a much-needed boost to support their health. In addition, today’s announcement is a positive step forward to reducing future costs to Canada’s health-care system.”
Barb ShellianPresident, Canadian Nurses Association[Source]

"Housing rights are human rights." @JustinTrudeau – We're proud to do our part in ending and preventing youth homelessness in #yyc. #NationalHousingStrategy #NationalHousingDay pic.twitter.com/miOta4UsNG