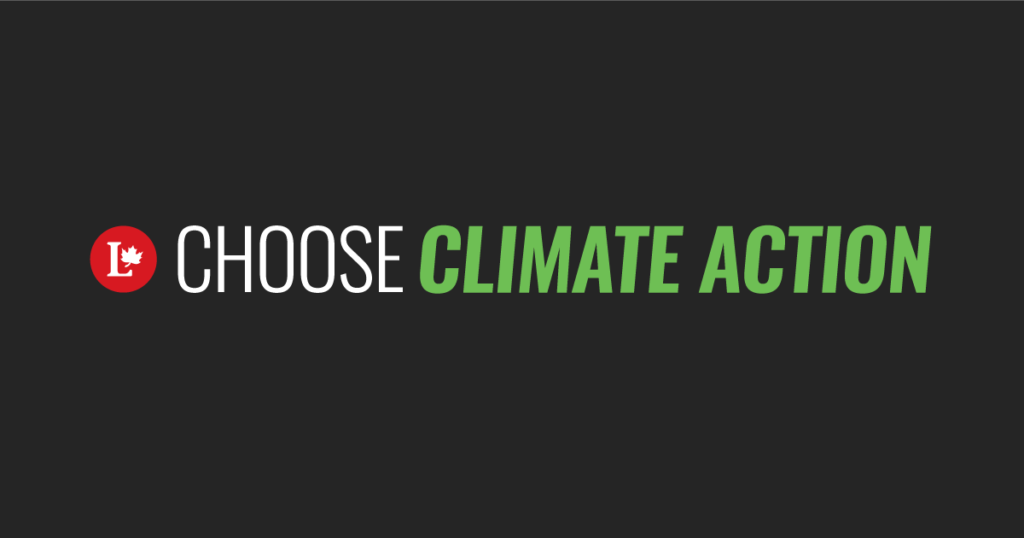 Good morning, everyone. It’s great to be here at Nano One, joined by our strong Liberal team and particularly the next Member of Parliament for right here in Burnaby South, Neelam Brar.

It’s been a busy few weeks of criss-crossing the country with our Liberal team.

We’ve had policy announcements and rallies. We’ve met with workers and families. And we’ve talked about our real plan to keep growing the middle class.

Today, I want to take a bit of time to reflect on our Liberal vision for the future of Canada.

A vision that moves Canada forward, and does so by tackling the most fundamental challenge facing our generation – climate change.

Last Friday, we saw historic demonstrations for climate action in cities around the world. More than 4 million people participated in climate strikes, from Germany to Uganda, from Australia to Bangladesh.

People young and old showed up to demand leadership and change.

But we shouldn’t be surprised.

We are living in a breathtaking, pivotal moment. Citizens are coming to a major realization: The climate crisis is real, and people are waking up.

And it’s because young people – led by the likes of 16-year-old Greta Thunberg – are driving the conversation.

They’ve seen the science – things are now more urgent than ever before.

And these kids are scared, because they know this will become their mess to clean up.

Climate change has been a catalyst for some tough but inspiring conversations with my own kids, who, like so many of their friends, just seem to get it.

Unfortunately, not everyone can say the same.

Some politicians, usually in Conservative parties, throw their hands up and say there’s nothing we can do. They recoil, falling back on the approach they know best – neglecting our environment, and pretending climate change isn’t real.

Or, if you’re former Conservative Finance Minister Joe Oliver, you admit that climate change is real, then you turn around and insist it’s a good thing for Canada…

But here’s what we as Liberals say: the climate crisis is real, but we can’t waste anymore time – Conservative leaders have wasted enough.

It will take courage and planning. Grassroots leadership and government investment.

But if we mitigate and adapt, we can win the fight against climate change. And we can lead that fight from right here in Canada – in fact, we have to, since our country’s warming nearly twice as fast as the rest of the world.

Whether you’re exploring the Rockies or Gros Morne, sledding in the country, or cottaging around the Laurentians, being outside and enjoying our environment is core to our identity.

And so Canadians understand that our precious natural world is worth protecting.

But you know what else took hard work? The acid rain treaty. Immigration. Universal health care. The Charter of Rights and Freedoms.

This is the Canadian way – we face the challenges in front of us head on, together.

We don’t cower because something is hard.

As Liberals, we know that’s even more reason to do it now, and to get it right.

Years from now, I want to look my kids in the eyes and say we stepped up in the fight against climate change. And we’ve already started the hard work.

Putting a price on pollution, protecting our oceans, phasing out coal, banning single-use plastics – these aren’t piecemeal policies, but crucial parts of a larger plan.

Businesses are stepping up too, but not fast enough. We need them to act, because as a government and as citizens, we can’t do it alone.

So a re-elected Liberal government will keep moving Canada forward.

And just this morning, we committed to exceeding this target, and to joining countries around the world in reaching net-zero greenhouse gas emissions by 2050. That means not putting any more carbon emissions into the air than we take out.

This will be a huge opportunity for Canadians.

It’ll require us to slash our emissions, transform our economy, and use the power of nature – like planting trees and protecting ecosystems – to bring us to net-zero.

It’s an ambitious target, but it’s doable. Here in Canada, we’ll appoint a group of experts to help us chart a path forward, and we’ll legislate five-year targets along the way.

And a big part of our plan to get to net-zero includes creating an economic ecosystem where clean tech companies can thrive.

The global clean tech economy is a multi-trillion dollar opportunity. And so, the clean tech market is exploding.

This is the way the world is going. This is the next great economic frontier.

Companies and countries are already innovating. They see what’s coming, and they want in – not only to curb the impacts of climate change, but to capitalize.

But Conservatives want to bury their heads in the sand, denying the science and hoping that other countries will step up.

All they’ve done is drive innovators away.

Liberals, on the other hand, want Canada to lead in the global clean tech race. We want to drive that solution.

That’s why a re-elected Liberal government will cut corporate tax in half for zero-emissions clean tech companies. This would include, for example, companies building battery technology for electric vehicles, or those working on next generation solar panels.

We have the talent, we have the vision, and we already have the reputation as the best place in the world to start and grow a clean tech business.

And as we move Canada forward, we need to make sure no one gets left behind.

That’s why we’ll introduce a Just Transition Act, ensuring that workers have access to the training and support they need to succeed in the new clean economy. The concept of a Just Transition Act was a focus of the Paris Climate Agreement — Canada will be among the first countries in the world to put this idea into practice, as we help Canadian communities thrive now and into the future.

Together, we will move Canada forward – building a country where clean tech companies can thrive, where businesses and citizens are encouraged to go green, and where workers can succeed in the clean energy transition.

My friends, here’s the reality – the major policy discussions ahead of us will be centred around mitigating climate change. This is a fact. This is our great global challenge.

Politicians, academics, scientists, entrepreneurs, Canadians – we will all be seized with it.

So here’s the question you have to ask yourself: Do you want to be represented by a team that has a serious, ambitious plan, and is committed to doing more?

Or do you want a team of climate change deniers, with no long-term vision for Canada’s environmental and economic future?

Conservatives want to take us backwards, and make pollution free again. This isn’t an exaggeration – they’ve told Canadians that that’s what they’ll do.

They ignore climate change because they don’t think it’s an economic issue. But they couldn’t be more wrong.

You pay for climate change when your basement floods.

Or when the highway washes out, and you can’t make it to your shift.

Or when tourists skip your town because the smoke from neighbouring forest fires is too much.

You pay when a drought devastates your crops.

And you pay when deadly heat waves paralyze your city for days.

Climate change is already making life more expensive for Canadians. We have to take it seriously, and that starts with setting ambitious but essential goals, and outlining how we’re going to get there.

Here’s the long and the short of it: Our plan creates jobs and reduces pollution. The Conservative plan will cost more and do less.

Doug Ford, Jason Kenney, Andrew Scheer. This generation of Conservative politicians are all the same when it comes to the environment. They just don’t care and they just don’t get it.

Our kids have some tough questions for us about climate change. The Conservatives don’t have any answers. We do.

We have to do more. And we will.

In this election, Canadians are faced with an important choice: will we move backwards, or will we stand together, and choose forward?

Here is our promise as Liberals: We won’t give tax breaks to the one percent or to big polluters, but we will make life more affordable and fight climate change.

That’s what we’re offering. A real plan for families, and for the future.

I’m for moving forward: for our planet, for our kids, for everyone.

By‑elections are taking place in Toronto Centre and York Centre on Monday, Oct. 26, 2020.