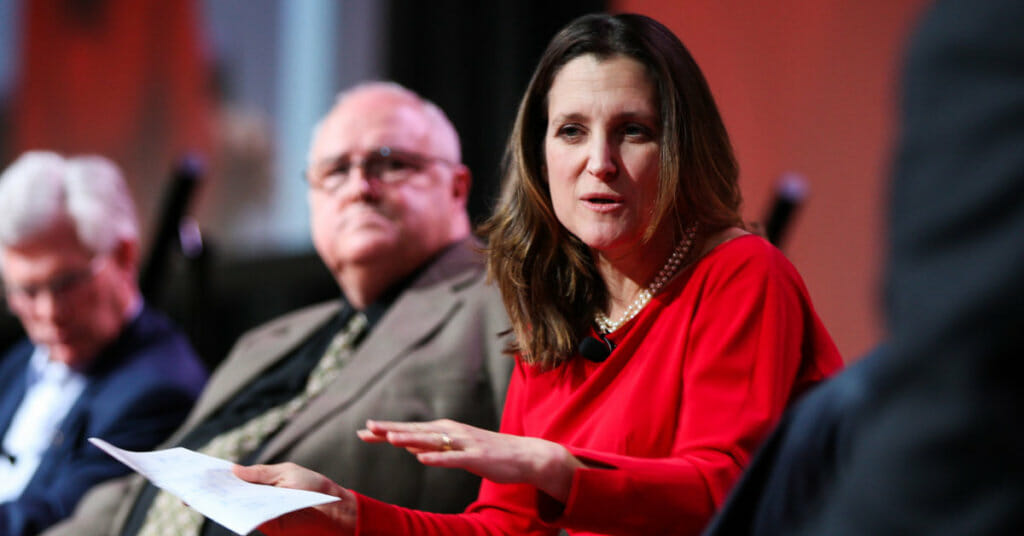 TORONTO – Thomas Mulcair can’t pay for his health care and infrastructure promises, according to secret internal platform documents leaked to the media.

“Mulcair has promised to increase health care transfer payments to the provinces, but has never said when or by how much. Now, CTV News has obtained documents containing part of the NDP platform and still no details about those payments… Mulcair has already announced a multi-billion dollar plan to improve infrastructure and transit in cities across the country. But according to the leaked platform documents, provinces will have to wait until the end of the first mandate to get the bulk of the funding.”
(CTV National News, September 13, 2015)

“Mulcair can’t pay for his health care and infrastructure commitments. These secret internal NDP documents confirm it, according to media reports,” said Liberal candidate in University—Rosedale, Chrystia Freeland. “By joining Stephen Harper in rushing to eliminate the deficit in just six months, Thomas Mulcair will have to break his promises and make cuts.”

CTV reported that despite Mulcair’s pledge to invest $1.3 billion annually in new transit, the leaked documents show the full amount would not flow until 2020 – five years from now.

“Our cities and our economy need infrastructure and transit investment now. Liberals will invest $5 billion next year in new infrastructure on top of investments already planned. The NDP will spend only one billion, and it will take five years,” said Ms. Freeland. “When was Thomas Mulcair planning to tell the truth to Canadians – after Election Day?”

“The only thing Thomas Mulcair’s experience has taught him is to play politics with everything,” said Ms. Freeland. “This election is a choice between investment in our economy and communities, or Harper’s and Mulcair’s cuts and broken promises. Thomas Mulcair has made the wrong choice.”