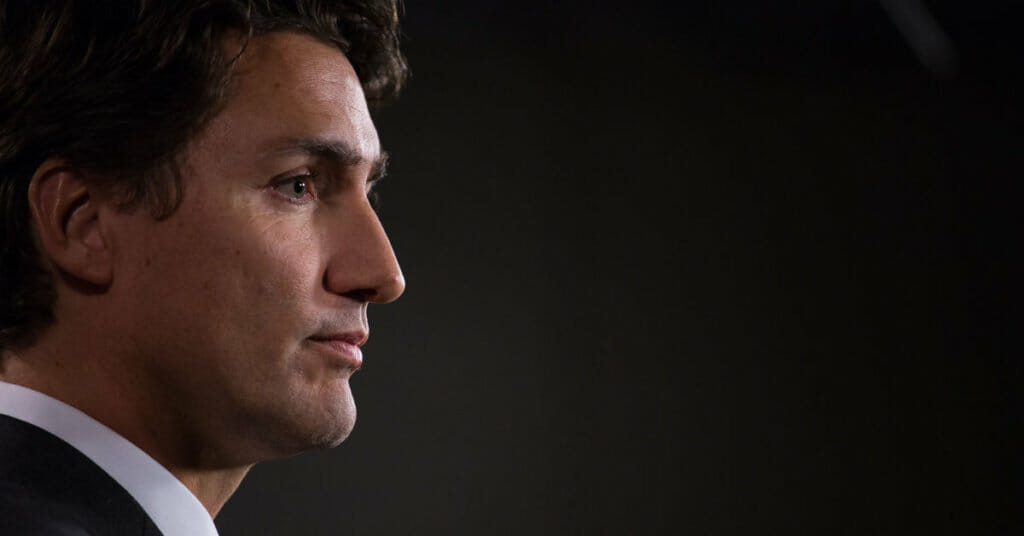 It was only a few months ago that I stood in this very room to address Canadians in the wake of the shootings here on Parliament Hill. The horrific events in Saint-Jean-sur-Richelieu and Ottawa will not soon be forgotten, nor should they be. They were cowardly acts: unarmed men were murdered in cold blood at close range.

These attacks on both our military and our most cherished democratic symbols were designed to frighten us. They were meant to embed within our minds an image of terror. They were meant to make us think differently about our surroundings and fellow citizens.

I want to affirm again to our friends and fellow citizens in the Muslim community, Canadians know recent acts of terror committed in the name of Islam, are an aberration of your faith. Continued, mutual cooperation and respect will help prevent the influence of distorted ideological propaganda posing as religion. We will walk forward together, not apart.

We are a proud democracy. We are a welcoming and peaceful nation, a country of open arms, open minds, and open hearts.

We are a nation of fairness, justice, and the rule of law. We will not be intimidated into changing that by anyone. Instead, these are the very values and ideals we must continue to rely on. These are also the values and principles which guide the Liberal Party of Canada in its actions.

What I am reminded of, each day, is that keeping Canadians safe – in a way that is consistent with Canadian values – is one of our highest responsibilities as leaders and elected officials. In order to do that, we must ensure both the security of Canadians and the protection of their rights and freedoms.

Following the tragic acts of terror this past October, I, like many Canadians, asked: what measures need to be put into place to make sure we’re effectively keeping our country safe? And on Friday, the government tabled Bill C-51, the Anti-terrorism Act, in Parliament.

This bill can be improved, but on the whole, it does include measures that will help keep Canadians safer. As such, we will support it.

Matters of national security should be beyond partisanship. We will take a constructive approach to improving this bill. Liberals welcome the measures that build on powers of preventative arrest, make better use of no-fly lists, and allow for more coordinated information sharing by government departments and agencies.

There are some areas of concern, though, that I would like to briefly touch on: first, the question of oversight; and second, the need for regular reviews of our national security laws.

I am a Liberal. I believe that when a government asks its citizens to give up even a small portion of their liberty, it is that government’s highest responsibility to guarantee that its new powers will not be abused.

It is not enough, especially after all we have learned in the past 14 years, for governments to say: “trust us.” That trust must be earned. It must be checked. And it must be renewed.

I also know that the individual freedoms we enjoy and cherish as Canadians cannot exist without collective security. In an age when intelligence gathering has become all the more important, so too, then, does the review process for our security agencies.

For a decade now, Liberals have called for greater oversight of our national security agencies. Of the “Five Eyes” group of allies – including the United Kingdom, the United States, Australia, and New Zealand – Canada is the only country without national security oversight by its representatives and legislators. In fact, in the years following 9/11, even the current Conservative Justice Minister said that Parliamentarians could provide a credible and independent check and balance to oversee our national security agencies and the power of the state.

We are a nation of fairness, justice, and the rule of law. We will not be intimidated into changing that by anyone.

Our Liberal Public Safety Critic and Canada’s former Solicitor General, Wayne Easter, currently has a bill before Parliament that would finally create an all-party committee of Parliamentarians, to provide oversight of various agencies, including, CSIS, CSE, the RCMP, and DND.

Our National Defence Critic, Joyce Murray, also has a Private Member’s Bill that would expand oversight mechanisms for our spy agencies, particularly CSE. This would provide Parliament and Canadians with a meaningful understanding of what the government is doing.

To my second point: when a Liberal government brought in new public safety measures following 9/11, there was a clause requiring a mandatory review for the legislation. All of the measures in the Anti-terrorism Act should be subject to review after a set amount of time, as was the case with new laws enacted after 9/11.

The breadth of the changes to Canada’s counter-terrorism framework found in Bill C-51 should not be understated. It was prudent and wise to institute a mandatory, legislative review of new laws in the wake of 9/11, and the Liberal Party feels strongly that such measures are equally necessary today.

There are gaps in this bill, including on oversight and mandatory reviews. And we in the Liberal Party will offer amendments to address these gaps.

Furthermore, we believe that our response to terror must not be confined; it must include a robust plan for preventing radicalization before it takes root. This means that our security agencies must be adequately resourced so that they can carry out these new tasks required of them.

Liberals are prepared to improve this bill and will act in good faith. We are hopeful that the government is serious about reaching across the aisle to keep Canadians safe, while protecting our rights and our values. There are concerns with this bill, and we hear them. But we need to do what we can to keep Canadians safe. And I believe that many of the concerns with this bill will be addressed through Parliamentary oversight.

The current government can accept that Canadians want greater oversight and accountability, or it will give us the opportunity to offer that in our election platform. There is no question that terrorism poses a real and serious threat to security here in Canada and around the world. We have a duty to act against terrorist threats, as a Liberal government did following 9/11. We have a duty, as legislators, to balance the freedom and safety of all Canadians.

Liberals are committed to keeping Canada safe, while protecting the values that make us Canadian.