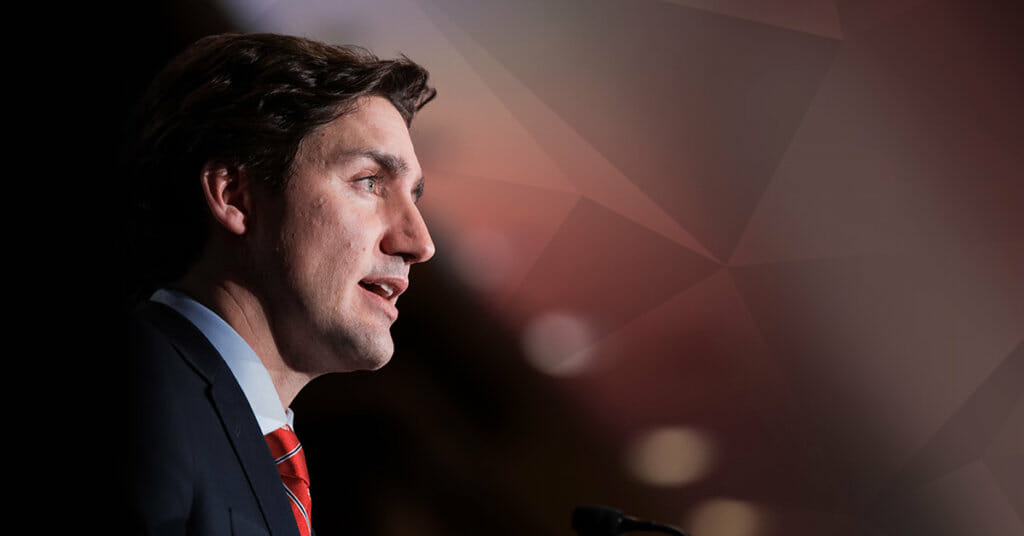 The Conservatives are proposing an unfocused, unending combat mission in Iraq and Syria.

Instead, we should train Iraqi forces to fight this war, and make significant contributions to well-funded, well-planned humanitarian efforts.

This morning in the House of Commons, the Prime Minister proposed to extend and deepen Canada’s involvement in the war in Iraq, and expand the mission to include Syria. We now know that our initial 30-day non-combat “advise and assist” effort became a six-month long engagement, and then evolved into one where Canadian troops were active on the front lines, regularly engaging in direct combat.

Let me be clear: Canada has a role to play in the campaign against ISIL. But that role must serve our national interests, and what is being proposed today by the Prime Minister does not meet that test. Justin Trudeau

We in the Liberal Party have never been opposed to our Canadian Armed Forces employing the lethal force of which they are capable when it clearly serves Canada’s national interest to do so.

But in every case that national interest must be clearly and rationally articulated. The mission designed to uphold that interest must have transparent objectives and a responsible plan to achieve them. Involvement in direct combat in this war does not serve Canada’s interests. Nor will it provide a constructive solution to the catastrophic humanitarian crisis in the region. For these reasons, we cannot support the proposed mission extension and expansion.

Last fall we said that we would not support the Prime Minister’s motion to go to war in Iraq because he failed to offer a clear and responsible plan.

The four core principles we articulated then still stand today.

We expressed grave concern that the Prime Minister intended to involve Canada in a longer, deeper combat engagement. Today, we know those concerns were well-founded.

Canadians need to know what this Prime Minister is getting them into.

The United Nations tells us that after four years of brutal conflict, more than half of the Syrian population have been driven out of their homes. The Syrian people have for years been oppressed and terrorized by their own government, under the rule of Bashar al-Assad. This is a man who has used chemical weapons on his own citizens, and whose regime is responsible for torturing and killing hundreds of thousands of people.

We cannot support a mission that could very well result in Assad consolidating his grip on power in Syria. Furthermore, the Minister of Foreign Affairs explicitly compared this war to Afghanistan, stating that “[we are] in this for the longer term.” In Afghanistan, the “longer term” meant a decade.

The government is proposing an unfocused, unending mission for the Canadian Forces that we cannot support.

Let me be clear: Canada has a role to play in the campaign against ISIL. But that role must serve our national interests, and what is being proposed today by the Prime Minister does not meet that test.

Canada has a clear interest in training Iraqi forces to fight and destroy ISIL. We can – and should – do this training away from the front lines, as our allies are doing. On the ground, we should provide more help through a well-funded and well-planned humanitarian aid effort. Here at home, we should expand our refugee targets and give more victims of war the opportunity to start a new life in Canada.

Let there be no doubt that our men and women in uniform have our full support as they continue their dangerous work, in this volatile part of the world.

However, the government is asking Canadians to support deepening our involvement in the war in Iraq, and to expand that involvement into a combat mission in Syria.

And because of this, the Liberal Party of Canada will not support this government’s motion.