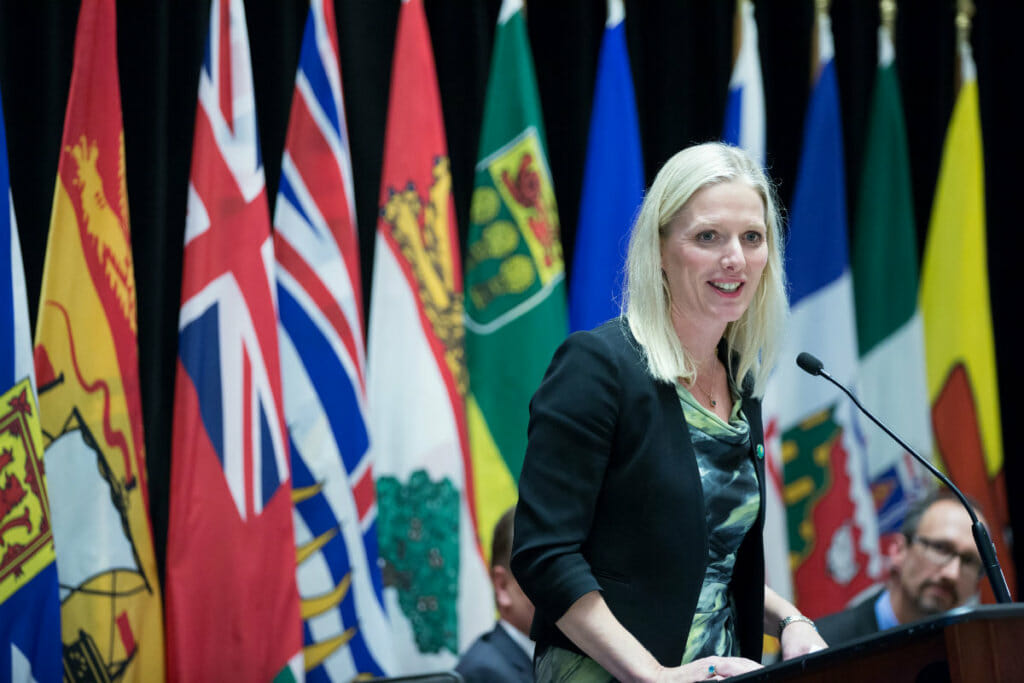 But they, and their children, are the ones who will have to live with its consequences – from extreme weather, drought and floods, to increased disease.

Climate change is real and we no longer have time to debate it. The clock is ticking for us to do something about it.

That’s why Prime Minister Justin Trudeau and I met with the Premiers yesterday.

Our goal was to gather, share views, and craft a united Canadian message to take to Paris: that Canada is serious about climate change.

We saw it last Sunday with Alberta, who announced a plan to price carbon, just like British Columbia has. And we’ve seen it from Ontario and Quebec, who signed on last year to a cap and trade system with California.

When we meet again to set a national target within 90 days of COP21, it won’t be through a one-size-fits all solution. It will consist of all the creative approaches our provincial and territorial partners put forward. And above all, our approach will be based on science.

There is no denying that the time to act has long passed. Governments both Conservative and Liberal have given too little in terms of concrete action. With each passing year it becomes more difficult to achieve meaningful reduction within the relevant time frame.

The bottom line is this. No country can solve this alone. Nor can any province or territory. But our children and grandchildren will feel the consequences if we fail.

Which is why I’m turning to you. It’s not just the federal government and provinces and territories that must rally together before we all head to Paris. It is all Canadians.

Please add your name to stand with the Prime Minister and Premiers heading to COP21 — and tell them you’re ready to do your part to fight climate change.

Hon. Catherine McKenna
Minister of the Environment and Climate Change