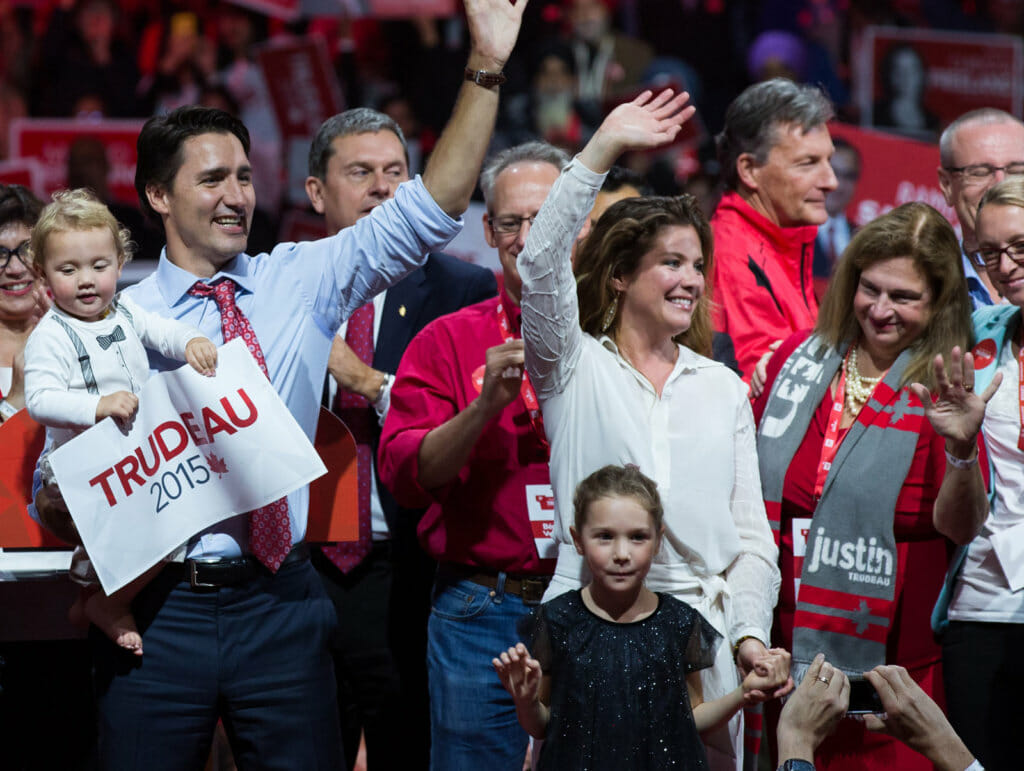 EDMONTON – Canadians from coast to coast to coast are ready for a new, positive government – one with an ambitious vision for the future and a real plan for a strong middle class, said the Leader of the Liberal Party of Canada, Justin Trudeau.

“After ten years under Stephen Harper, we have a chance to replace this tired, out of touch government with a better government. To Canadians across the country: be sure to vote on Monday. Help us defeat Stephen Harper,” said Mr. Trudeau. “This election, the most progressive platform is the Liberal platform, and if we continue to work hard, tomorrow, we can vote to send great people to Ottawa and bring an end to the Harper decade.”

Canadians want to see their values and priorities reflected in government, and today Mr. Trudeau is in Edmonton, Calgary, Surrey, and Vancouver, sharing his plan for real change. The Liberal plan will grow the economy, strengthen the middle class, and help those working hard to join it. The Liberal plan is the only plan that will invest immediately in good-paying jobs, reliable transit, and affordable housing – the things Canadians need now, not a decade from now. Only the Liberal plan will address income inequality by raising taxes on the wealthiest one percent so we can cut them for the middle class. Nine out of ten families will be better off under our plan than under Mr. Harper’s.

“Meeting with Canadians across the country, it is clear that they want real change now,” said Mr. Trudeau. “Now is the most important time to make phone calls and knock on doors. Now is the time to make sure that no vote and no voter gets left behind. Tomorrow, let’s work together, and bring real change for all Canadians. Let’s prove, once and for all, that better is always possible in Canada.”