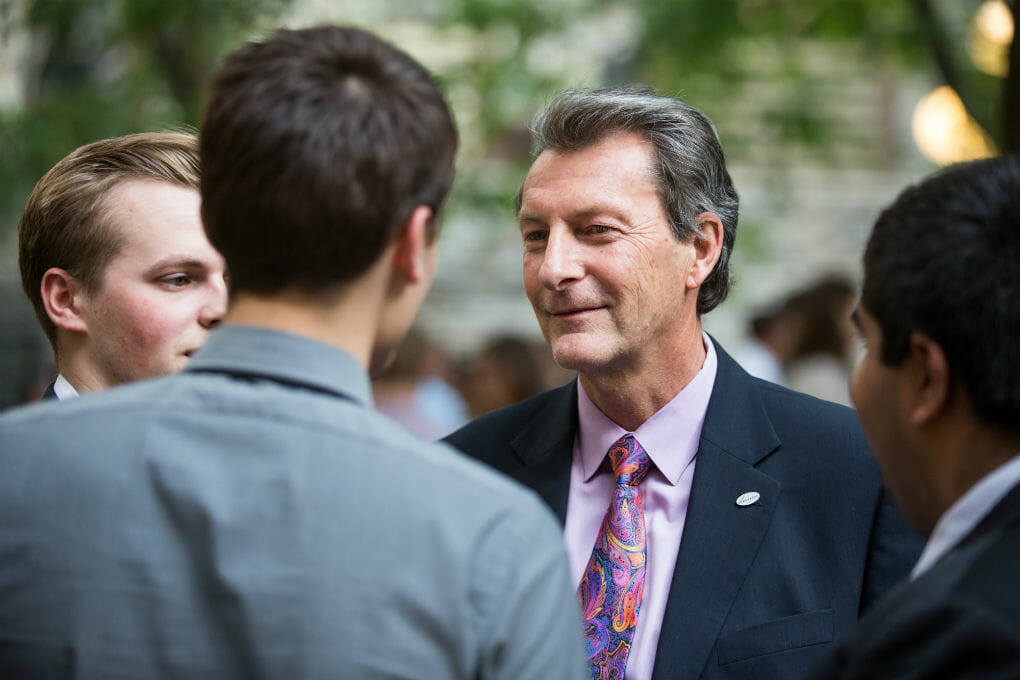 After Parliament rose for a weeklong recess on May 15, Environment Minister Leona Aglukkaq announced Canada’s new GHG target for 2030: a 30 per cent cut in annual emissions compared to 2005 levels. She described the latest goal as “fair and ambitious.”

Liberal leader Justin Trudeau has pledged to meet with the provinces and territories within 90 days of UN climate negotiations.
-John McKay

When I asked Aglukkaq to state the goal in megatons at a committee hearing two weeks later, what occurred was a farce worthy of a Monty Python skit. The Minister sat dumbfounded. Her deputy jumped in to say, “It’s complicated.” After the meeting, Aglukkaq’s press secretary phoned a journalist to say that he’d done the math and it was 225 megatons. The following day the minister confirmed in the House of Commons that the government’s 2030 target does in fact amount to a 225 megaton reduction in annual emissions over the next 15 years.

Considering that annual emissions have fallen by only 25 megatons since 2005, Ms. Aglukkaq is not wrong to say that the new goal is “ambitious.” Delusional and deceptive could also prove appropriate adjectives.

If the Harper government truly believes that it can cut emissions by an additional 225 megatons in the next 15 years, without buy-in from the provinces and major emitters, then it’s delusional.

Based on the Minister’s own comments, it’s certainly not obvious that this government has a plan to meet the 2030 target. Aglukkaq says that the government is going to cut methane emissions from the oil and gas sector and regulate the fertilizer industry, but Environment Canada’s 2014 Report on Climate Change projected that Canada would miss its 2020 target by more than 100 megatons and annual emissions would reach 862 megatons by 2030. There’s a 338 megaton gap between what Environment Canada is projecting and what the Harper government is promising by 2030.

Many analysts have noted that increased oil sands emissions will likely offset the emissions reduction efforts by other sectors and the provinces in the years ahead. Emissions from the oil sands are projected to increase by 180 megatons between 2005 and 2030. Cutting a further 180 megatons in addition to getting to 30 per cent below 2005 levels certainly is “ambitious.” Without a plan it is borderline ludicrous.

On the other hand, if the Harper government isn’t serious about achieving this latest target, then it’s being deceptive.

The current minister says that Canada is going to meet its Copenhagen target to cut emissions by 17 per cent below 2005 levels by 2020, but her own department says otherwise.

Aglukkaq’s parliamentary secretary is fond of boasting that greenhouse gas emissions have declined under the Harper government, but the decline occurred when Canada was in the depths of the recession. The reality is that Canada’s emissions have increased in each of the last four years.

The Conservatives have childishly rejected carbon pricing outright, mischaracterizing it as a tax grab that would “raise the price on everything.” The fact is that the OECD, the IMF and the World Bank — three organizations that the Harper government quotes enthusiastically when it suits them — have all endorsed carbon pricing as a necessary policy measure for addressing climate change.

This pattern of deception on the part of the Conservatives when it comes to climate policy suggests that their latest target for 2030 is disingenuous. The government don’t have a snowball’s chance of meeting the 2020 target, or the 2030 target. When they are inevitably replaced by a new government, that government will be tasked with making up for a decade of delay.

The problem is less the target, and more the absence of a plan to get from here to there. The Conservatives don’t have a plan. They haven’t had a plan for the last 10 years, and they continue to deliberately stall progress on meeting their own targets.

In contrast, the Liberal party supports provincial efforts aimed at pricing carbon, be it through cap-and-trade or a carbon tax. As the Ecofiscal Commission recently stated, this is the best way to price carbon in Canada because it avoids imposing one system on several regions with different economies and energy mixes.

Liberal leader Justin Trudeau has pledged to meet with the provinces and territories within 90 days of UN climate negotiations in Paris in December.

He’s committed to establishing a federal-provincial framework that will achieve real reductions in Canada’s emissions and begin repairing the damage to our international reputation that has occurred on Stephen Harper’s watch.

This alone would be more than the Harper government has accomplished in the last 10 years, and it would happen within Mr. Trudeau’s first six months as Prime Minister. It may sound ambitious, but it’s neither deceptive nor delusional.