HomeAccueil > Blog > Income splitting not a wise investment for Canadians 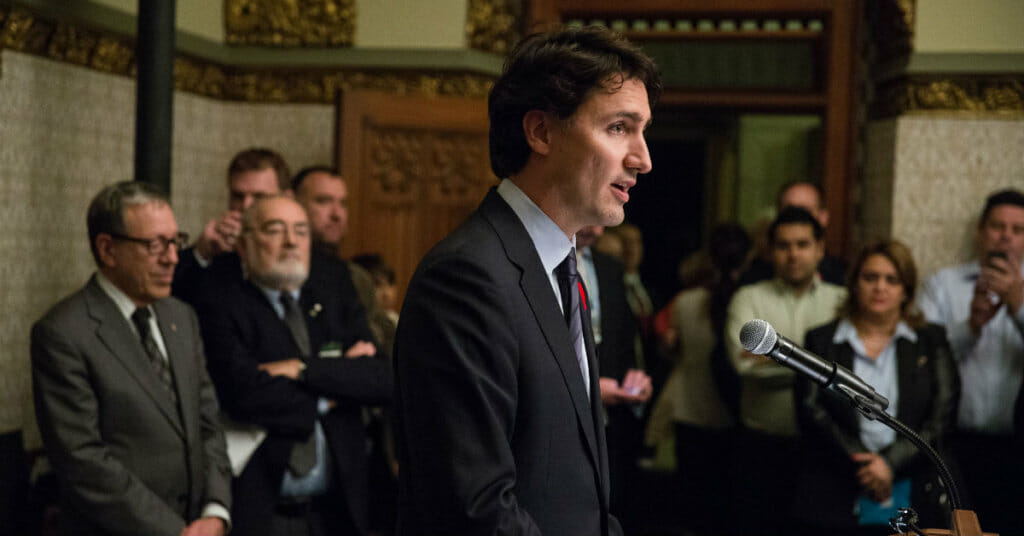 Published in the Toronto Star on Tuesday, November 4, 2014.

For generations, Canada has been built by hard-working people who want to make sure their kids have a better life than they did. And every day, middle class Canadians continue to do that. However, times are tough for millions of Canadians who are simply trying to make ends meet, let alone save for their child’s education or their own retirement. Jobs are scarce because of our weak economy. People worry if our health care system can survive funding cuts. This is why a federal surplus should be invested wisely.

Income splitting is not a wise investment for Canadians. It will eat through virtually the entire federal surplus without providing any benefit to most Canadians, without creating a single job, and without helping one young person get some opportunity to get ahead.

Granted, the policy Prime Minister Stephen Harper announced last week will benefit some Canadians. However, it is not a policy designed to help all or even most Canadians. In fact, despite changes the Conservatives made to this scheme, it will still benefit the wealthiest Canadians most of all. Nearly half the benefits would flow to those making over $100,000 a year.

In short, Mr. Harper appears to believe the Canadians who need the least should be given the most. That’s not fair.

Not only does Mr. Harper’s plan not benefit most middle class Canadians, it relies on them to fund it. Think about a single mother earning one income who has to work hard to ensure her child goes to school, that the fridge is always stocked, and there is gas in the tank. She’s also worried about putting money away for the future. Meanwhile, thanks to the Conservative government raising tariffs on thousands of household goods, anything from a new bike to a new TV will soon be even more expensive.

This is the person Mr. Harper thinks should pay for those who make double or triple her income to get a $2,000 tax break.

It’s simply not a good way to help Canada’s middle class families. The government has offered a giveaway to well-off families with billions of dollars of taxpayer money.

Since I became Liberal Leader, I’ve focused on building a better Canada for the middle class. We have a responsibility to make sure that hard work so many Canadians put in day after day is not in vain. Our children deserve to inherit a Canada that is fair and gives everyone the chance to succeed.

Rather than implement short-term tax breaks for the wealthy, the government should be investing our surplus in those programs and projects that will best benefit Canadians both now and in the long-term. Smart investments in infrastructure will create jobs in the short-term and prepare Canada to confront the challenges of the future with a solid foundation — quite literally, in some cases.

Canadians have sacrificed so our federal government can have a surplus. Now, it’s time it was reinvested properly for the benefit of as many Canadians as possible. Investments in innovation, higher education and health care will do that better than a targeted tax break for Conservative voters.

For that is what this is. Income splitting is a cynical policy, designed by a tired government short on ideas, now reheating old concoctions as their next campaign policy menu. Make no mistake: this is not an attempt at resolving growing inequality in Canada, nor is it a good way to use our surplus to the advantage of every Canadian.

This Conservative government has the worst growth record of any since that of R.B. Bennett during the Great Depression. Even they know income splitting won’t grow the economy or create a single job. They know it won’t help ordinary Canadians.

Canada needs to ensure the middle class grows, and that we remain competitive in the global marketplace. Jim Flaherty knew that. But Mr. Harper doesn’t care. What he cares about is getting elected. This policy will not help Canadians. Instead, it will simply divide us — those who benefit from Mr. Harper’s tax break, versus the majority who don’t.

We can do much better than short-term tax breaks for the wealthy. We can introduce benefits that actually help the middle class, and those folks who want to join it. We can strengthen Canada’s retirement security. And smart investments in infrastructure and innovation will create jobs and grow the economy. That’s how we can make a surplus really work for Canadians. We can build a Canada that is competitive, innovative and prosperous.

Most of all, we can build a Canada that provides opportunity for all Canadians, not just those the Prime Minister needs to vote for his party.

Justin Trudeau, M.P.
Leader of the Liberal Party of Canada