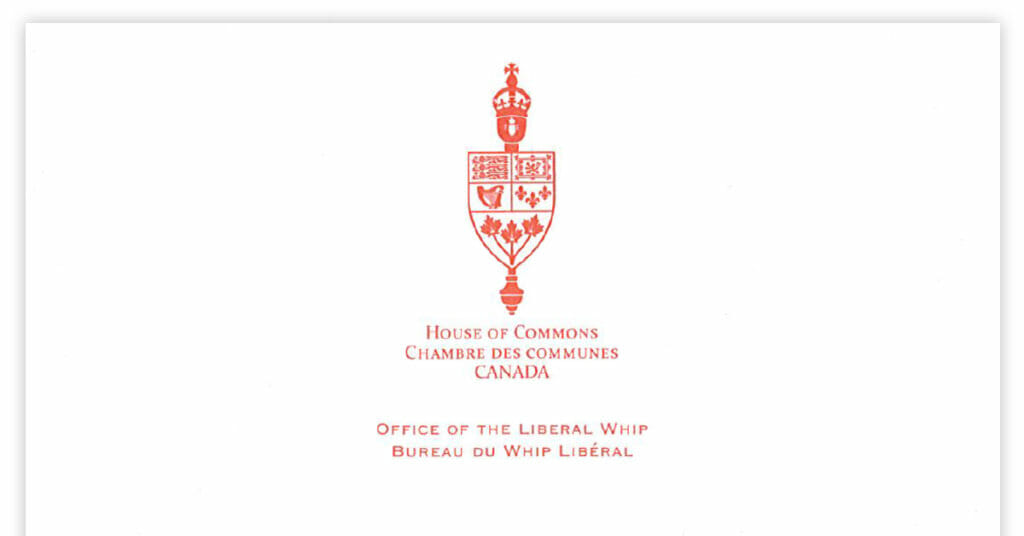 On October 28, 2014, my Leader was made aware, in one instance directly by one of the parties affected, of two unrelated allegations of personal misconduct made by two Members of Parliament against two Members of the Liberal Caucus. My Leader instructed me to immediately initiate outreach to the affected MPs and to initiate a process that could lead to a proper investigation of the facts and an appropriate resolution.

I have taken steps to look into both allegations. On October 29, 2014 I met with my counterpart, the Whip of the Caucus to which the two affected Members belong, and we agreed to arrange separate meetings with those two Members. Those meetings took place on October 30, 2014. I have also spoken separately to each of the Members whose conduct is in question. They both deny the allegations.

I do not believe it is possible, nor indeed appropriate, to attempt to properly deal with these complaints any further at the level of the Whips. I believe a process that continues to deal with these allegations in a serious manner will require the involvement of a neutral third party trusted by all concerned.

Accordingly, I request that you establish a process for dealing with these individual complaints. I also believe the Board of Internal Economy should be urgently seized of the matter, to ensure these cases are properly addressed and also to ensure that there is a clear process available for possible future cases where Members are alleging misconduct of other Members. The Senate has established a policy and a process that covers both its members and its employees. It is time the House of Commons did the same.

Pending resolution of this matter the two Members who are the subject of the allegations have been instructed that effective immediately they will not sit as members of the Liberal Caucus.

I look forward to discussing the details of the matter at your convenience.