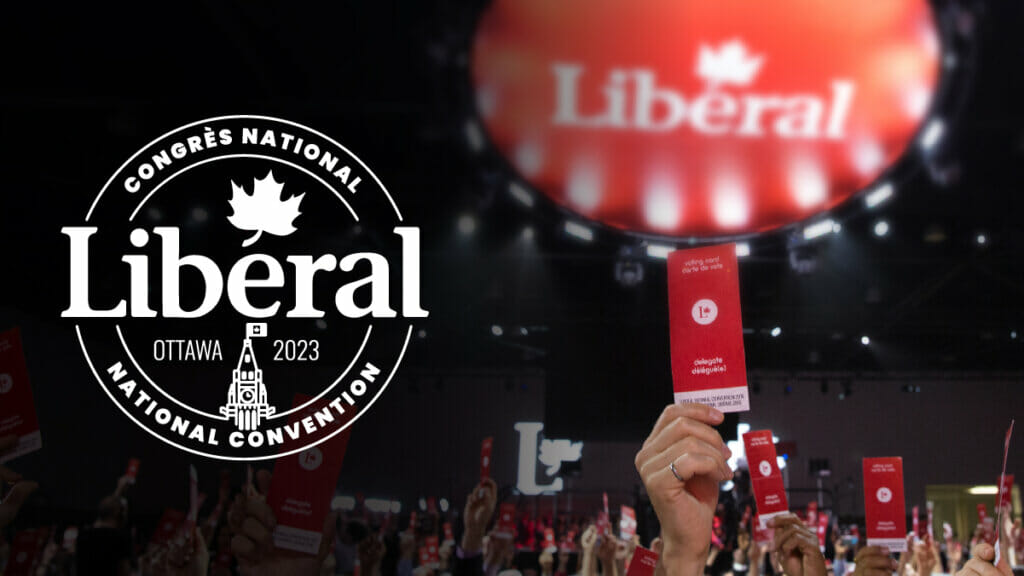 Ottawa, ON – The National Board of Directors of the Liberal Party of Canada announced today that the 2023 Liberal National Convention will be hosted in Ottawa, Ontario, from May 4-6, 2023.

“After a successful re-election campaign that saw Justin Trudeau and our Liberal team earn a third consecutive mandate from Canadians, I’m looking forward to welcoming Liberals from across Canada to our 2023 Liberal National Convention in Ottawa,” said Suzanne Cowan, President of the Liberal Party of Canada. “This convention will bring together grassroots Liberals like never before as we work together to continue our progress for Canadians and work to grow our movement in every part of the country.”

Complemented by innovative new virtual participation as well, the 2023 Liberal National Convention will welcome thousands of supporters to Ottawa for policy discussions, keynote speakers, training, and the election of the party’s next National Board of Directors. This convention will build on the success of the 2021 Liberal National Convention (virtual), which was the largest-policy convention in our party’s history and had more than half of its attendees participating in their first-ever Liberal convention.

“As the home to Canada’s Parliament, Ottawa is a perfect place to bring Canadians together to engage in discussions that will help shape our Liberal movement now and into the future,” said Mona Fortier, Member of Parliament for Ottawa—Vanier. “While conservative politicians continue playing negative and divisive politics, Justin Trudeau and our Liberal team have been working hard to make life more affordable, grow our economy and the middle class, keep our communities safe, and fight climate change. This convention will help chart our next steps to keep delivering real results for Canadians.”

The 2023 Liberal National Convention will build on the party’s recent record of strong grassroots organizing – including an all-time record for the active monthly donors in our party’s history, Q4 fundraising results that out-raised the Conservative Party and all other parties, and the 18 million knocks and calls that Liberal supporters made on the road to Election Day 2021, where Canadians re-elected Justin Trudeau and the Liberal team to keep Canada moving forward – for everyone.