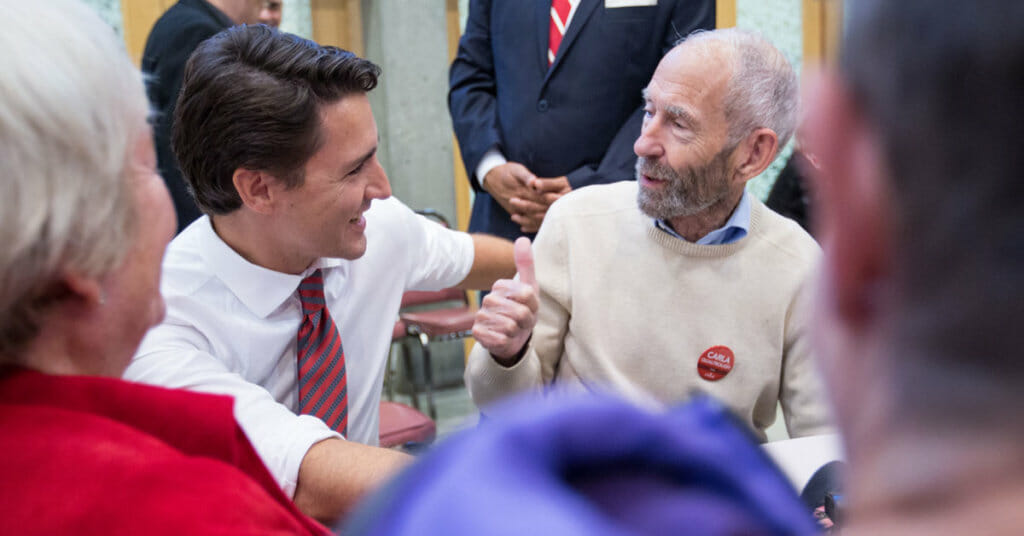 Liberals are committed to giving Canadian seniors a better government and a more secure retirement with a plan to grow the economy and strengthen the middle class, said the Leader of the Liberal Party of Canada, Justin Trudeau, today.

“Over the last decade under Stephen Harper, it’s been harder to save and easier to fall into debt for far too many Canadians. That’s why the Liberal Party has a real plan for retirement security for our seniors,” said Mr. Trudeau. “Contrary to dishonest partisan attacks, a Liberal government will not end pension income splitting for seniors. Harper’s Conservatives may spend millions of dollars misrepresenting our position on this important issue, but it just shows how desperate they’ve become. Canadians are tired of divisive politics. Liberals will deliver the kind of change that all Canadians can be proud of.”

A Liberal government will restore the eligibility age to 65 for Old Age Security and the Guaranteed Income Supplement. We will help to lift hundreds of thousands of seniors out of poverty by increasing the Guaranteed Income Supplement by ten percent for single low-income seniors. This will give one million of our most vulnerable seniors – who are often women – almost $1,000 more each year. Liberals will introduce a new Seniors Price Index to make sure that Old Age Security and the Guaranteed Income Supplement benefits keep up with seniors’ actual rising costs. We will also make the Compassionate Care Benefit more flexible and easier to access, so that those who are caring for a seriously ill family member can receive six months of benefits.