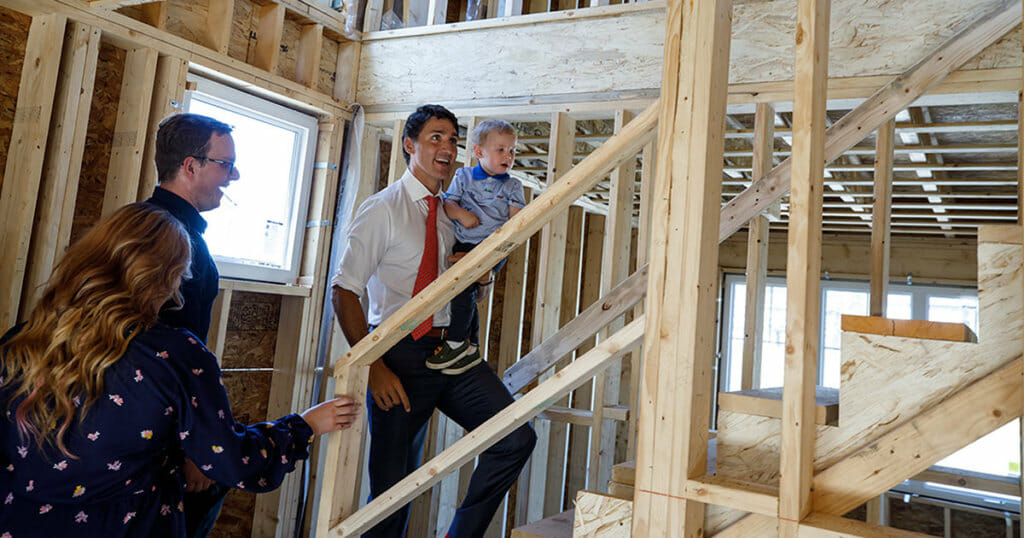 Victoria, BC – A re-elected Liberal government will help Canadians buy their first home.

For many young people starting their careers, saving up enough to make a down payment on a home is a far-off dream at best – and for ten years, Stephen Harper’s Conservatives did nothing to address these systemic problems. In the greater Toronto, Vancouver, and Victoria regions, people are facing these challenges head on, with housing prices up to sixty per cent higher than the national average.

“Many young Canadians dream of owning their first home. But with rising prices – and not enough homes to meet the demand – it’s getting harder and harder to make that dream a reality,” said the Leader of the Liberal Party, Justin Trudeau. “Again and again, the Liberal government has stepped up to solve these challenges. Today, we’re announcing another important step to help Canadians buy their first home.”

In recent years, housing speculation by foreign owners has become a major challenge, driving up housing prices for people across the country. Canada is no place for those who wish to purely speculate in the housing market, and we need a national approach to protect families who are being priced out of buying a first home.

A re-elected Liberal government will:

In addition to introducing the First-Time Home Buyer Incentive, our Liberal government also:

“The Conservatives voted against the First-Time Home Buyer Incentive and have no plan to help address the real concerns Canadians have about being able to own their own home,” said Mr. Trudeau. “Liberals believe in investing in people and in communities, which is why we are taking these steps to make homeownership an achievable dream, not just a privilege for the richest few.”