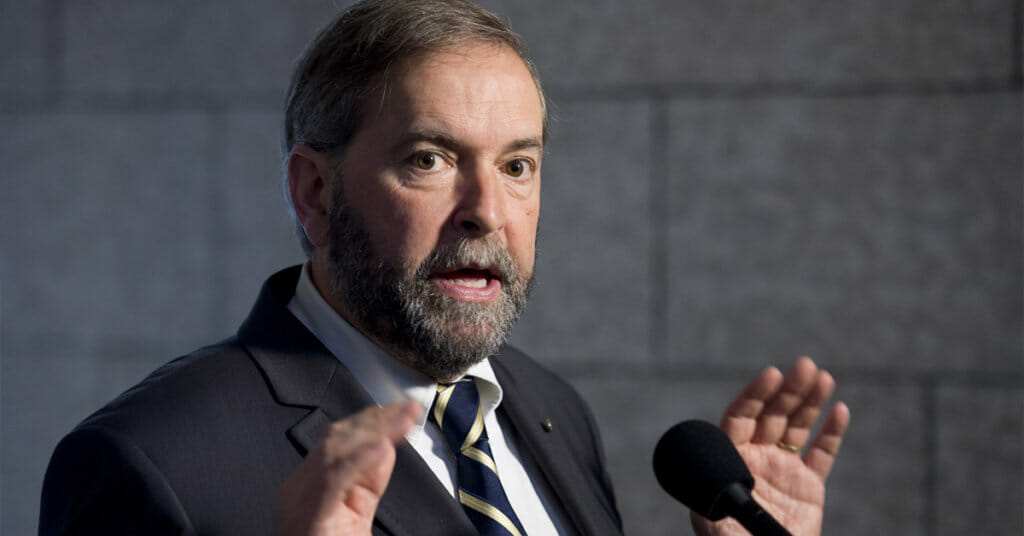 OTTAWA – Thomas Mulcair continues to say different things to different audiences. It is clear that Thomas Mulcair’s experience has taught him to play politics with everything.

Thomas Mulcair has once again demonstrated that he will say anything. He continues to twist himself into knots in order to appeal to any audience.

This isn’t the first time: Mulcair has also taken multiple and contradictory positions on the oil sands, the gun registry, bulk water exports, and more.