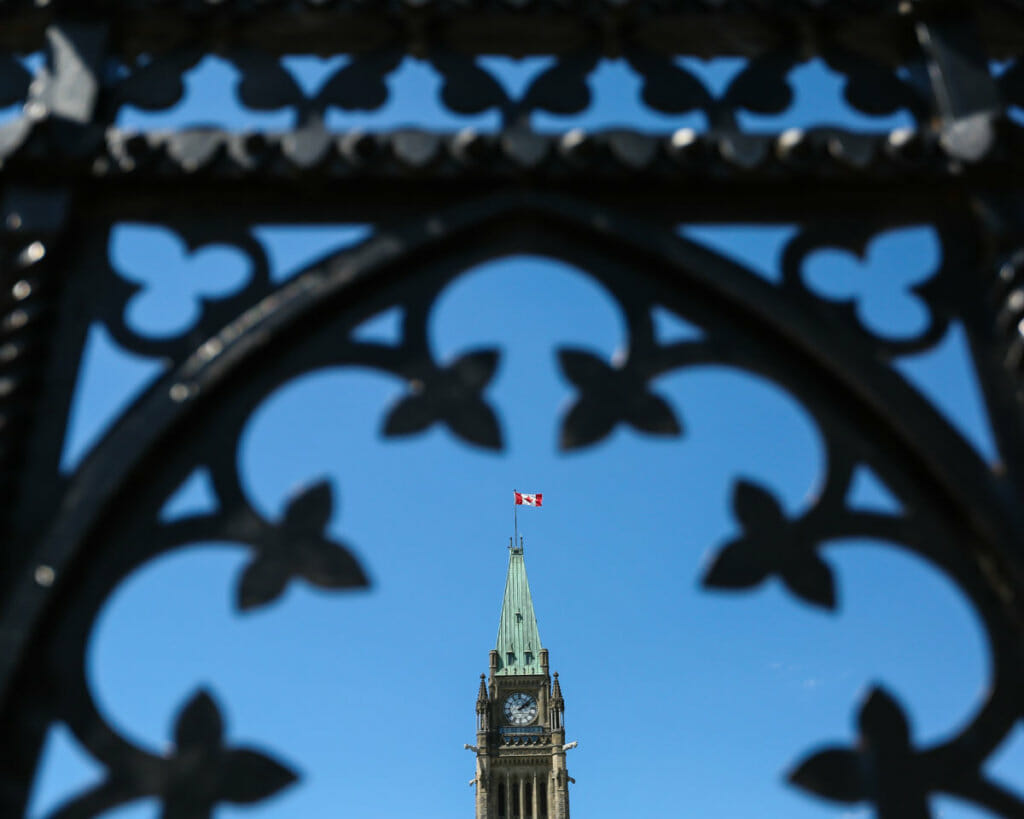 Canadians have often heard Prime Minister Justin Trudeau speak of Sir Wilfrid Laurier’s sunny ways – a guiding philosophy that both men share. Like Laurier, the Prime Minister knows that politics can be a positive and powerful force for change. Canadians agreed. On October 19, 2015, they sent a clear message: it was time for a government with a positive, optimistic, and hopeful vision for Canada. It was time for change.

But where does this saying come from? Here is the story of Laurier’s sunny ways:

Wilfrid Laurier’s appeal for the “sunny way” in political discourse has its roots in the Manitoba Schools Question. When Manitoba became a province in 1870, a dual school system was established to reflect the province’s Protestant and largely English-speaking population, and its Catholic and predominantly French-speaking, residents.

By 1890, the Anglophone population widely outnumbered the Francophones. Seeking to appeal to this growing population, the provincial government of Thomas Greenway attempted to abolish the dual school system. With the support of the federal Conservative government, Manitoba’s Catholic community launched a court challenge of the school law. The Judicial Committee of the Privy Council ruled that while the law was valid, the federal government could restore public funding to denominational schools. In 1895, despite it being deeply divisive, Prime Minister Mackenzie Bowell introduced legislation to force Manitoba to restore Catholic schools – a measure that was then postponed due to severe opposition within his own cabinet, ultimately leading to his resignation.

In contrast to Bowell’s heavy-handed approach, Liberal Leader Wilfrid Laurier proposed that a diplomatic “sunny way” would work better, using as an illustration Aesop’s fable in which the sun and the wind hold a contest to see who can remove a traveler’s coat. The sun’s warm rays prove more effective than the wind’s bluster.

Laurier first used this metaphor in a speech he delivered in Morrisburg, Ontario, on October 8, 1895:

The government instead of investigating the subject, proceeded to render – what shall I call it? – an order-in-council they called it, commanding Manitoba in most violent language to do a certain thing, to restore the schools or they would see the consequences. Manitoba answered as I supposed every man approached as the government of Manitoba was approached, would answer; Manitoba answered it by saying, ‘We will not be coerced.’ I ask you now, would it not have been more fair, more just, more equitable, more statesmanlike, at once to investigate the subject, and to bring the parties together to hear them, to have the facts brought out so as to see whether a case had been made out for interference or not? That is the position I have taken in the province of Quebec. That is the position I take in the province of Ontario. I have never wavered from that position.

Well, sir, the government are very windy. They have blown and raged and threatened, but the more they have raged and blown the more that man Greenway has stuck to his coat. If it were in my power, I would try the sunny way. I would approach this man Greenway with the sunny way of patriotism, asking him to be just and to be fair, asking him to be generous to the minority, in order that we may have peace among all the creeds and races which it has pleased God to bring upon this corner of our common country. Do you not believe that there is more to be gained by appealing to the heart and soul of men rather than to compel them to do a thing?

After winning the 1896 election, Prime Minister Laurier developed a compromise with Premier Greenway that allowed Catholic education in Manitoba, with French as the language of instruction, on a school-by-school basis, where numbers warranted.

While more than 120 years have passed, Prime Minister Trudeau shares Laurier’s belief that the “sunny way” remains essential to solving the complex problems facing our country.