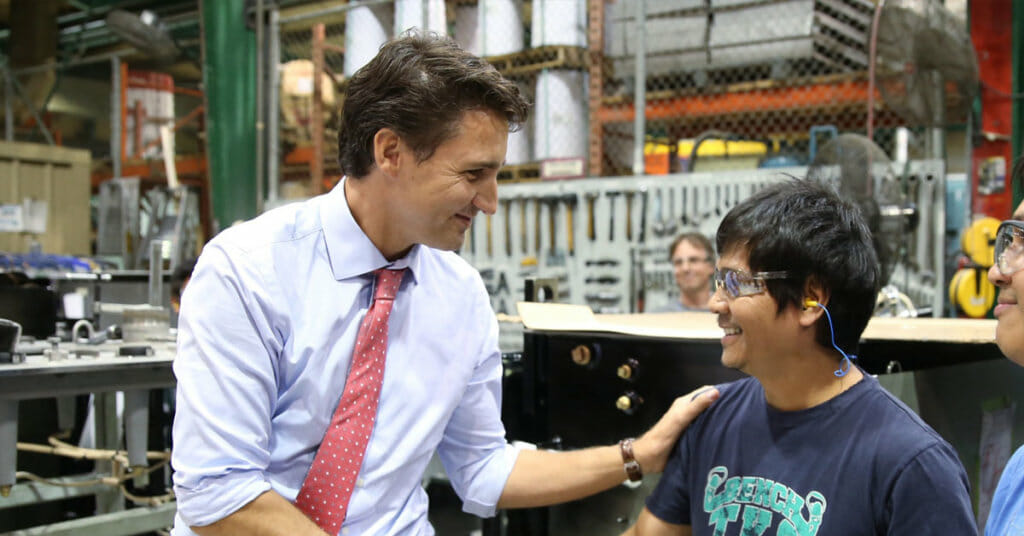 WINNIPEG – A Liberal government will make necessary new investments in innovation that will grow our economy immediately and create good, middle class jobs, said the Leader of the Liberal Party of Canada, Justin Trudeau, today.

“Canada is experiencing a period of no economic growth, middle class Canadians have not had a decent raise in over 30 years, and comparatively, our innovation and productivity performance is on the decline,” said Mr. Trudeau. “Liberals will make much-needed investments now – not a decade from now – so businesses and entrepreneurs can succeed, grow, and innovate.”

As a complement to already announced new investments in productivity-enhancing and sustainable infrastructure, as well as new investments to support job training and human capital development, a Liberal government will:

“Thomas Mulcair won’t help the middle class, and those working hard to join it, because his ideas for the economy don’t come into effect for 8, 10, even 20 years. Liberals know that investment is required now to repair the damage done during the Harper decade,” said Mr. Trudeau. “By making the right choices, and by choosing to invest right away, we will bring real, immediate change to the lives of all Canadians.”